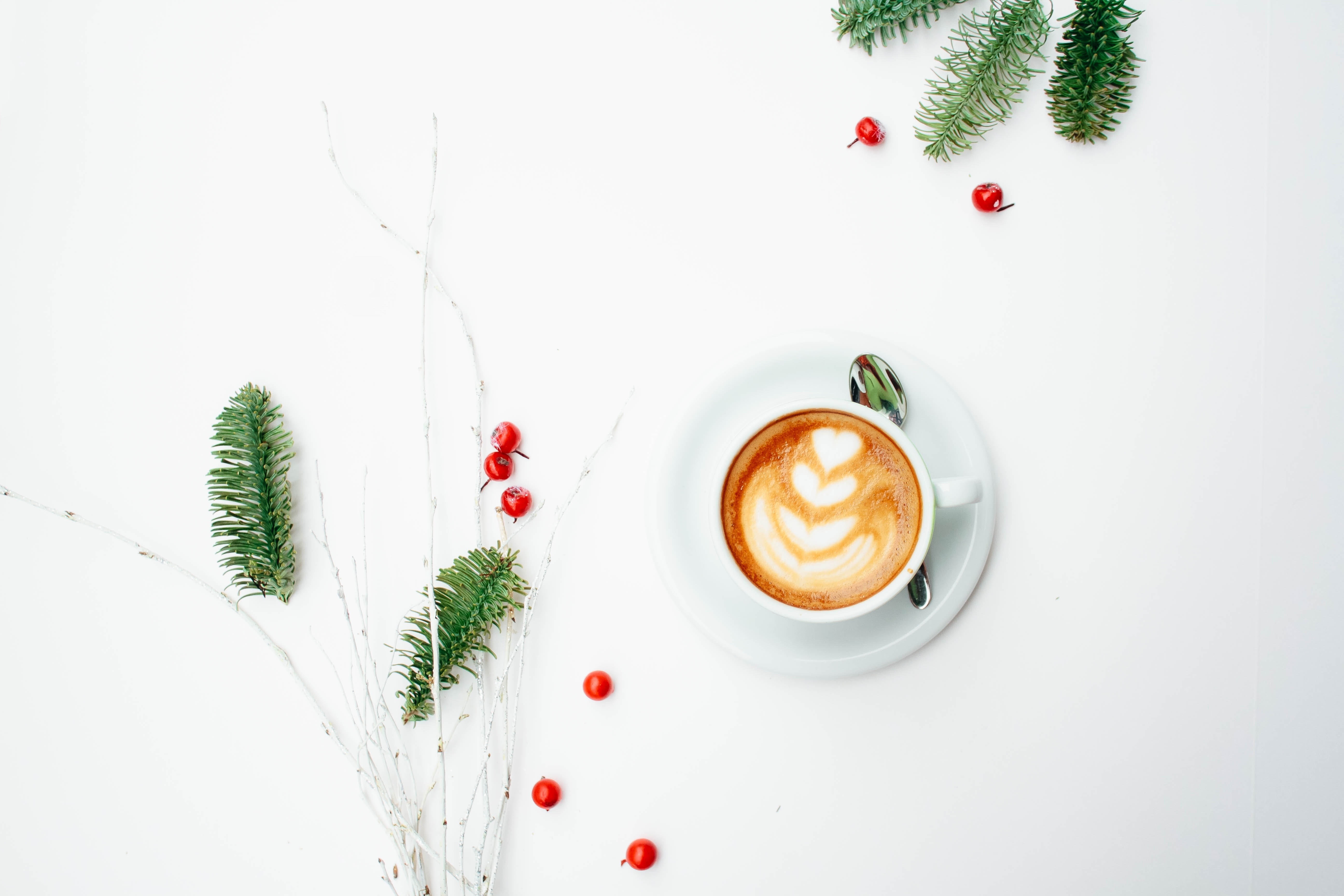 “It is never over, though we are in December!”

YouTube published a change this week in the 2018 dates one is able to claim works that may have accrued royalties in the past. Several new changes are beginning to take effect before Christmas this year as news of legislation in copyright, mechanical licensing, and intellectual property have caught our eye. A new plan called the Music Modernization Act will replace the CRB’s standard rate on mechanical royalties and begin a comprehensive database for rights holders. The Court of Appeals recently sided with publishers and songwriters by deciding the consent decree to continue fractionalized licensing practices. And Rep. Jerrod Nadler (D-NY) was voted as new ranking member of the House Judiciary Committee to make changes in copyright law. In other news, Apple was welcomed by its first ever class-action lawsuit from indie musician Bryan Eich for copyright infringement.

We want to thank you for staying with us throughout this year on behalf of the entire team at Exploration. We hope you have a wonderful holidays!

The upcoming Claiming Window for the Accrued Royalties Program (as those terms are defined in the Agreement between you and Google regarding the Accrued Royalties Program) will begin on February 1st, 2018 (instead of January 1st) and will end on April 30th, 2018 (instead of March 31st). This change is being made to allow all participants additional time to claim their works on YouTube, and also for us to make valuable improvements to the claiming process. The NMPA approves of this change.

Exploration clients need not worry, this effort is covered as part of our standard administration services.

A bipartisan legislation was filed this Thursday by Rep. Doug Collins (R-GA) and Rep. Hakeem Jeffries (D-NY) dubbed as the Music Modernization Act to help increase royalties for songwriters and ease the mechanical licensing process for streaming services. The components of the bill include allowing rate courts to adjust royalty rates for songwriters. ASCAP and BMI will be able to voice their rate-setting disputes to any federal judge for the Southern District of New York. The CRB’s standard rate on streaming mechanical royalties will be nullified, moving instead to a willing-buyer willing-seller standard during rate-setting proceedings. And lastly, an organization to collect and distribute these royalties will be created, allowing publishers to make direct deals with streaming services and refer to an organized database that will identify and match royalties to rights holders. NMPA President and CEO David Israelite welcomed the plan in a statement, "This legislation will lead to improved rates for songwriters and will streamline digital music companies’ ability to license music. While there is still more to do to free songwriters from oppressive government regulation, this is a major step forward.”

The U.S. Second Circuit Court of Appeals finally confirmed the consent decree to allow fractionalized licensing after a two-year battle between performance rights organization BMI and the Department of Justice. "This is a massive victory for songwriters, composers, music publishers and the entire industry," stated BMI president Mike O'Neill. The DOJ initially claimed that the industry was misinterpreting the consent decree with fractionalized licensing, and suggested instead to utilize full-works licensing, in which a music user only needs to obtain a license from one of the songwriters. After hearing this, BMI immediately sued the DOJ, and Judge Louis Stanton ruled that the decree would neither bar fractional nor full-works licensing. The DOJ appealed the ruling in the Second Circuit Court of Appeals, and in the beginning of December, the court released the decision today to maintain the decree under fractionalized licensing. The music industry rejoiced as songwriters Michelle Lewis and Kay Hanley emphasized that they are very “hopeful that this is an indicator of ‘good things to come’...to further fight injustice against songwriters.”

Lawyer Richard Garbarini filed a class action lawsuit against the Apple streaming service this past weekend on behalf of independent musician Bryan Eich for copyright infringement. The lawsuit claims that Apple failed to obtain the required compulsory mechanical publishing licenses for Eich’s work before making them available to stream. Garbarini is asking for $30,000 for each song the company allegedly infringed. In addition, songwriters who own the publishing rights to recordings that they submitted to Apple through aggregators like CD Baby will be represented in court, thus certifying the case as a class action lawsuit. Apple failed to respond to claims about missing NOI’s for Eich’s works, and did not provide the songwriter a “Monthly Statement of Account” nor an “Annual Statement of Account”. Many streaming services, including Spotify, Tidal, and Google Play have been hit with class-action lawsuits for infringement before, but for Apple, this is the first such case that will be filed against them.

Rep. Jerrold Nadler (D-N.Y.) won by a 118-72 vote by the House Democratic Caucus this week to become the ranking member of the House Judiciary Committee, which has jurisdiction over copyright. He beat Rep. Zoe Logren (D-Calif.) who has often supported technology companies that favor looser copyright laws. Nadler’s new position in Congress will allow him to introduce legislation that will ultimately help the music industry. So far, he has participated in supporting the Fair Play Fair Pay Act that makes terrestrial radio stations pay the owners and performers of recordings, and the Compensating Legacy Artists for their Songs, Service, & Important Contributions to Society Act (CLASSICS) that requires online radio services to pay royalties on pre-1972 sound recordings. Nadler’s Democratic victory indicates how close the party will be to technology companies after President Obama voiced his interest in the Silicon Valley as an engine of economic growth. This outlook might potentially change depending on Nadler’s views as problems like sexism, privacy, and hate speech have shown to disorient the industry’s reputation this past year.

The Internet wasn’t happy this past week when FCC chairman Ajit Pai released a video through the Daily Caller about the recent decision to roll back net neutrality rules. What seemed to be intended as a parody video around net neutrality quickly turned into a subject for copyright infringement as the video contained unauthorized uses of “Harlem Shake” by Baauer and the theme songs from “Star Wars” and “Game of Thrones”. Ajit Pai was part of the vote to remove net neutrality, subsequently allowing internet service providers to prioritize content by charging more and adjusting internet speeds on devices. The video amassed millions of views across Facebook, YouTube, and other media outlets until Baauer’s record label Mad Decent Records issued a takedown for the use of the DJ’s song “Harlem Shake” without permission or a valid license. The takedown was reinstated over the weekend, potentially due to the FCC’s fair-use defense for parody. Any litigation around the copyright oversight is still yet to be announced.

A recent decision made by the Copyright Royalty Board (CRB) last Wednesday determined new royalty rates for satellite radio service Sirius XM and cable and satellite television music services Music Choice and Muzak for the years 2018 through 2022. The CRB increased the rates Sirius XM must pay rights holders by more than 40%, from 11% of revenue to 15.5% of revenue, effective January 1, 2018. The board subsequently reduced the rates for Music Choice’s and Muzak’s services from 8.5% to 7.5% of revenue. Sirius XM is the only satellite radio service in the U.S. and reports revenues of $5 billion in 2016. The CRB’s decision to change the rate standards under Section 801 (b) comes as good news to artists and rights owners as SoundExchange CEO Michael Huppe comments, “Everyone should play by the same rules, and it is long past time for Congress to change the standard that currently forces music creators to subsidize flourishing companies whose success is built on top of the music.”

The Canadian Parliament will conduct a review next year of the Copyright Act of Canada, which will require attention to extending the current term of copyright for a song in the country. The Canadian music industry has already appealed for international consistency on the extension terms as European song copyright is for the life of the creator plus 70 years while Canada is only plus 50. The country’s performing rights organization SOCAN welcomed news of the upcoming copyright review and will be working with parliamentary committees to ensure the concerns and issues affecting Canadian songwriters and publishers will be given the utmost consideration.

In order to mitigate the risk of copyright piracy and wrongful infringement of intellectual property, the U.S. Department of Justice and the State Department’s Bureau of International Narcotics and Law Enforcement Affairs will launch a network of Intellectual Property Law Enforcement Coordinators (IPLECs) around the globe. By doing this, the U.S. government can adopt a speedier response to international partnership development as well as provide flexible training and technical assistance to law enforcement counterparts overseas. “Combating intellectual property theft requires unprecedented real time international cooperation,” said Acting Principal Deputy Assistant Secretary of State for the Bureau of International Narcotics and Law Enforcement Affairs Richard Glenn. “The IPLEC Network is designed to meet this challenge.” The network of IPLECs has produced concrete results. A series of enforcement actions were launched by an IPLEC-mentored team of Brazilian law enforcement officials this fall. The team seized approximately 880 tons of counterfeit and contraband goods worth around $138 million in the U.S. Trade Representative-designated Notorious Market in São Paulo, which subsequently led to the market’s closure.

Spotify and Deezer Voice Concerns of Competition to EU Lawmakers

Spotify chief Daniel Ek and Deezer CEO Hans-Holger Albrecht signed a letter to European Commision President Jean-Claude Juncker, calling on tech giant rivals - Apple, Amazon, and Google - to refrain from abusing their position as gatekeepers to digital consumers. These three big companies which make and operate devices, transaction platforms and content services are accused of exploiting its capacity to dominate in the streaming market, pulling down to the ground other competitors like Spotify and Deezer. The EC is considering the possibility of legislating new rules that will affect how big tech companies work with smaller firms that thrive on its platform to better regulate the digital streaming market.