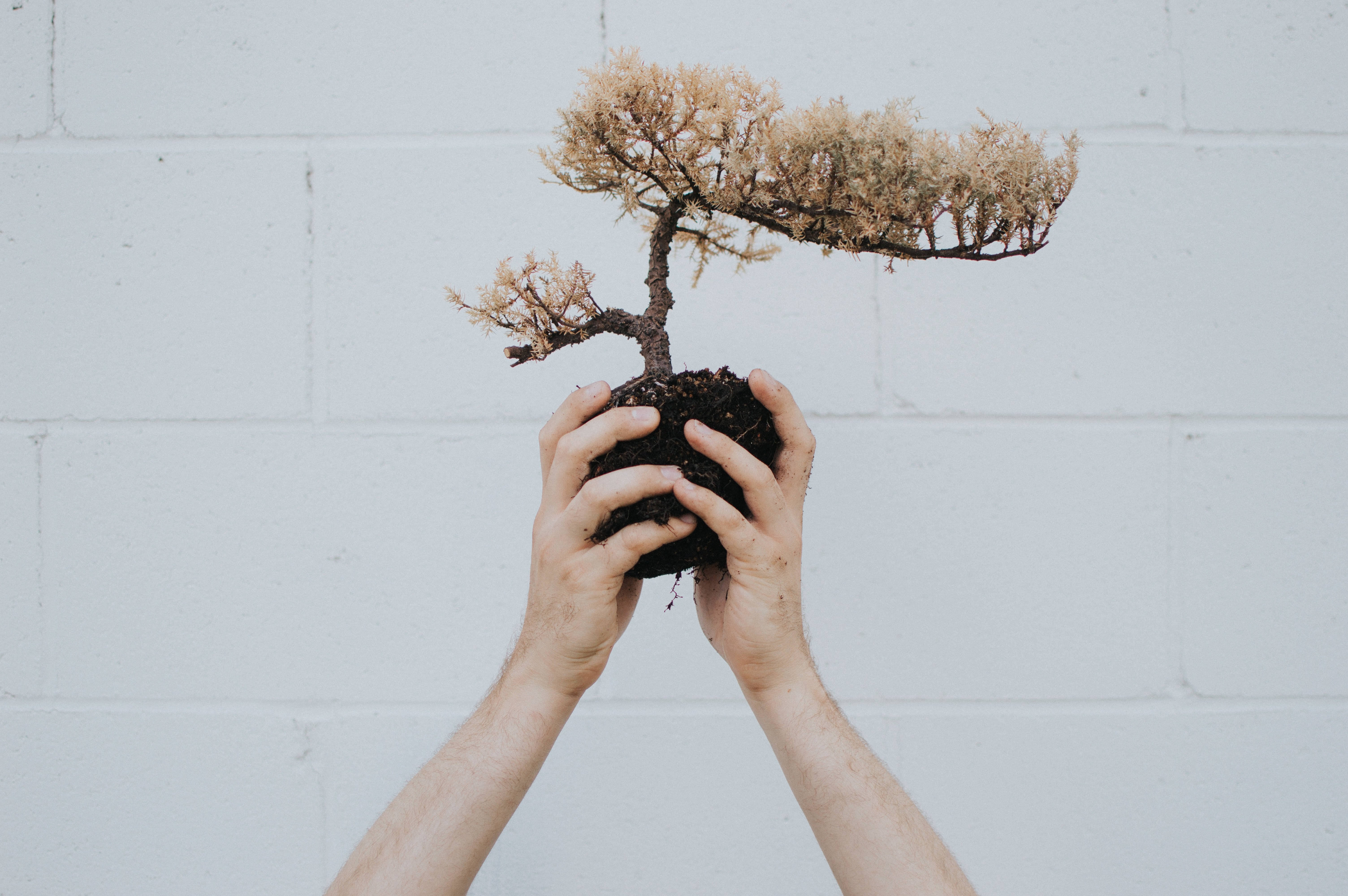 "We have to continually be jumping off cliffs and developing our wings on the way down."

A few cases have popped up on our radar this week. We're seeing that BMI is lobbying against the U.S. Department of Justice around licensing on behalf of songwriters. Spotify is also undergoing an infringement case that aims to pay back rights holders for using unlicensed music. According to the company's attorney, the digital service estimates to have infringed about 300,000 songs. Disney is additionally getting sued for infringing copyright for Frozen's "Let It Go" and the Australian safe harbor provisions are choosing not to include Google and Facebook in its legislation process. We're watching closely to see how these cases will develop over time as they do play a big part in how songwriters and creators will be represented in the music industry.

The U.S. Department of Justice handled negotiations this past week around its recent appeal over a decision made by BMI rate court Judge Louis Stanton ruling neither fractional nor full-works licensing under BMI’s consent decree. This would allow PROs like BMI and ASCAP to continue full-works licensing as they have done through industry practice since 1976. Three judges from the U.S. Second District Court of Appeals in New York City - Dennis Jacobs, Reena Raggi, and Christopher Droney - attended the hearing, questioning how smaller licensees would be impacted from fractional licensing, which would subsequently enforce PROs to attain the rights of every composer of a song. Scott Edelman, chairman of Milbank, Tweed, Hadley & McCloy LLP, explained that “Until now, no one had to bear that burden, because licensees are typically licensed by all the PROs, eliminating the need to distinguish between fractional and full-works licenses.” As the DOJ remains steadfast in its appeal over Stanton’s decision, the judges will further debate over BMI’s consent decree ruling to find a solution that fits best for all parties involved.

After announcing a $43.4 million settlement this past May to pay back rightsholders for the infringement of their work, Spotify’s attorney, Andrew Pincus, confirmed at a hearing in New York that the range of infringement by Spotify is estimated to have totaled around 300,000 songs on record. This means that every rights holder is likely to receive an average of about $100. The company already agreed to a $30 million settlement to compensate songwriters last March in 2016 with the National Music Publishers Association, and will soon be filing for its IPO through direct listing in 2018. A number of on-demand services paying mechanical royalties to songwriters have streamed without licensing, and this seems to continue to show a pattern at each occurrence of infringement.

A recent lawsuit filed on Thanksgiving Day in California claims Disney’s “Let It Go” from the 2013 film “Frozen” infringed copyright of Spanish song “Volar” written in 2008 by Chilean singer-songwriter and producer Jaime Ciero. If Ciero is able to obtain a valid copyright registration to the underlying musical composition, he could charge for statutory damages ranging between $750 and $30,000 per work - even upwards to about $150,000 per work if willful infringement can be proven. The lawsuit could also initiate the removal of millions of original and cover videos of “Let It Go” on YouTube through a copyright claim, strike, or takedown as well as prevent Disney from distributing the composition to any digital service, film, and live performance. Whether Ciero will obtain the rights or not, these “sound-alike” infringement claims have frequently occurred in the past several years. Ciero’s lawsuit also arrives during a time when Broadway production “Frozen” is set to release in February 2018.

The EU’s two law-making bodies - the European Parliament and the Estonian presidency of the Council of Ministers - reached a provisional agreement last week stating that the ban on geo-blocking would not apply to copyrighted works. According to the Council, "Services where the main feature is the provision of access to and use of copyright protected content, or the selling of copyright protected works in an intangible form, such as music streaming services, e-books, online games and software, will be excluded from the scope of the regulation.” The decision will end unjustified geo-blocking, providing more available options for consumers to shop online without being blocked from entering a site in a particular country, leading to a major boost in e-commerce. Estonia currently holds the presidency of the Council of Ministers, and is made up of representatives from the governments of all EU member states.

Government legislation in Australia over safe harbor copyright provisions will exclude the involvement of Google, Facebook, and a number of Australian startups from making any changes to the provisions, allowing instead educational institutions, libraries, and the disability, archive, and culture sectors as part of the legislation process. The new provisions could offer more certainty for innovation and creative enhancement for Australian content creators who are willing to work with digital companies and address the issue of copyright infringement.

A mashup site based in Canada called Sowndhaus noticed its entire domain was taken down this week after UK-based registrar DomainBox received a copyright complaint filed by the IFPI. The website believes that its domain was suspended due to a support ticket created by a member of the “RiskIQ Incident Response Team”, who happened to be working on behalf of IFPI. A member of the Sowndhaus team mentioned “record industry pressure” that involved mass deletions of sites like theirs from surviving. “After every mass deletion there are a wave of producers that just retire and their music is lost forever."

A recent Billboard op-ed article posted by Tracy Maddux, CEO of CD Baby, emphasizes that indie artists are in an opportunistic position to make a living off of their music through YouTube. The digital service directly connects more than 1.5 billion potential fans worldwide, surpassing any digital platform that exists today. Apple iTunes follows suit with 1 billion users and China’s Tencent with 500 million subscribers. YouTube lowers the barriers of investment for art, allowing creators to produce highly competitive content from the inside of their basements. There is also a plethora of opportunities for artists to take advantage of valuable data and analytics with the click of a button. YouTube has paid out more than a billion dollars to the music industry in the last year, triple the amount of ad-supported revenue paid out by Spotify. This places creators in a highly advantageous environment to express themselves and eventually sustain their art.

Does the Music Industry’s Definition of ‘Catalogue’ Need to Change?

What happens when record labels notice their albums are making more money, after not one, but two years of release? Spotify’s Director of Economics, Will Page, extrapolates the meaning of a ‘catalogue’, explaining that the success of an album no longer can be defined within the parameters of the first few months of its release, but rather over a long period of time due to higher consumer activity around older albums on streaming platforms. What we think of a ‘catalogue’, which was previously known to stagnate in sales after 18 months of its release, now seems irrelevant, since data has shown the amount of sales from streams actually increases 30 to 60 months ahead. This upward mobility in numbers is in large part made possible by highly engaged consumers who actively seek to listen to albums that are more than two years old. Which brings up the question: How can the music industry better measure sales of an album based on increasing consumer demand around streaming?

More Freedom for Creators to License Music with Lickd

In case you might be wondering where creators can go to license commercial music without being penalized and having to pay expensive licensing fees, a new platform called Lickd allows YouTubers to use popular songs in their videos without receiving a claim through YouTube’s Content ID. The app is currently in its open beta phase, but it has helped creators like David Firth reduce the occurrence of false copyright claims as well as provide new alternatives for video makers to utilize newer music in their content rather than having to divert to royalty-free music.

According to the California Copyright Conference, the first annual Apollo Award, which recognizes and honors music industry professionals who have demonstrated leadership, achievements, and commitment to the industry, was awarded to Jay L. Cooper, founder of the Los Angeles Entertainment and Media Practice this past Monday on December 4. He has been a long-time shareholder in the Los Angeles office of global law firm Greenberg Traurig, LLP and has focused much of his practice on music industry, motion picture, television, and intellectual property issues.

YouTube is now back full throttle in Finland as thousands of its videos are again made available online after being restricted for almost 24 hours. YouTube’s decision to remove these videos from the site was due to a recent delay in reaching a new licensing agreement with Finnish collecting society Teosto, which represents 3 million songwriters and publishers worldwide. The two parties have now settled on an updated licensing deal according to reports, eventually bringing back the videos once again on YouTube’s site. The video removals drew public attention when the National Anthem of Finland could not be played on YouTube days before the country's centennial celebration of independence.