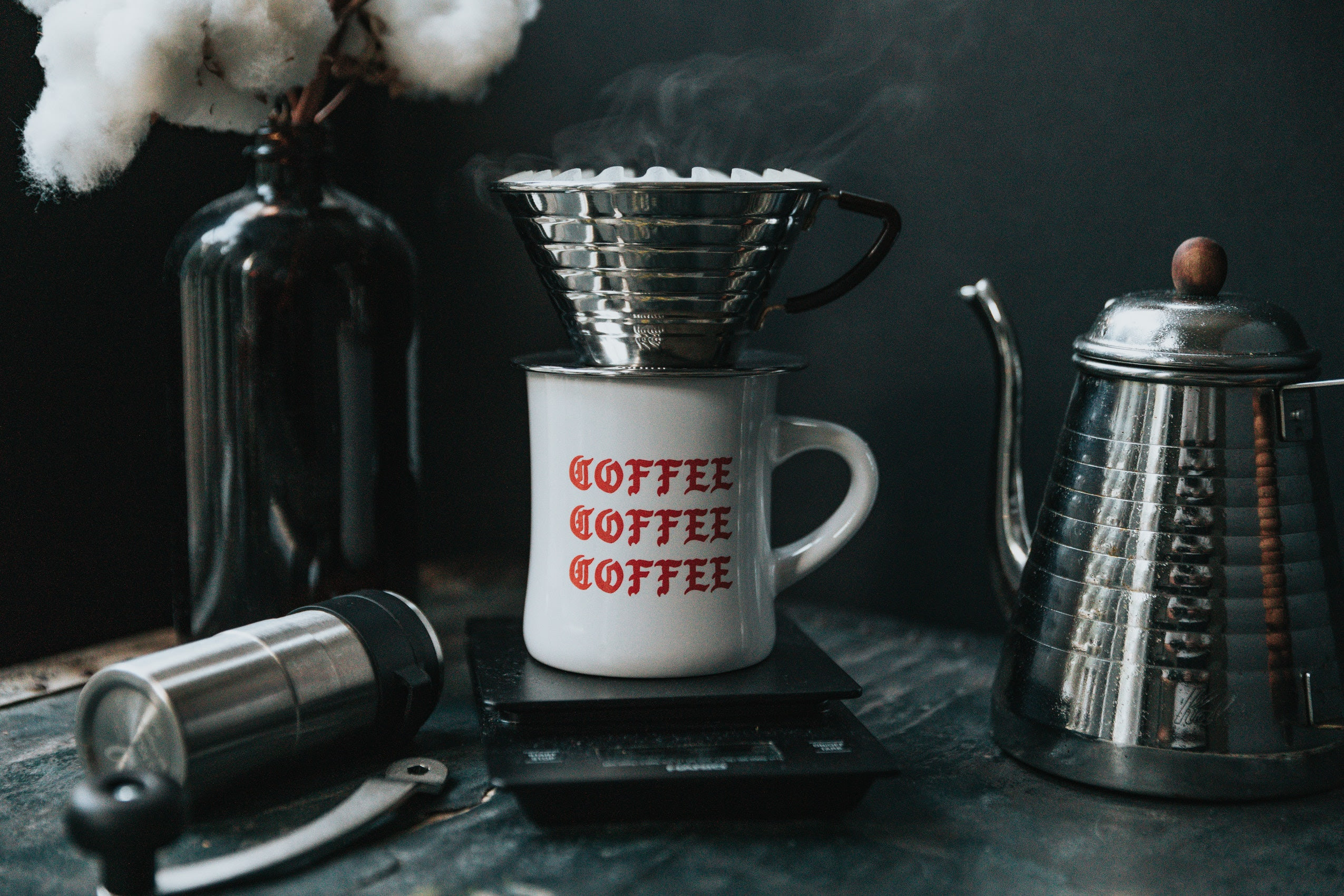 “You know that I immerse myself in music, so to speak— that I think about it all day long— that I like experimenting— studying— reflecting.”

Due to the surge of streaming activity in the past year, US recorded-music revenues have risen 16.5% in 2017 to an estimated retail value of $8.72 billion, according to a recent RIAA report published this past week. That's higher than the 11.4% rise in 2016 to $7.65 billion. As paid subscriptions are increasing and streaming services like Spotify, Apple Music, Amazon, Pandora, and Tidal are contributing to almost half of all US recorded-music revenue, one must wonder how rights holders will shape their tactical approaches to receiving their fair share of the ever-increasing pot of royalties. The British Academy of Songwriters, Composers, and Authors (aka "Basca") campaigned for a fair share of the proceeds coming from licensing deals with Facebook and Spotify's direct listing, using the hashtag #soldforasong, to push for songwriter and publisher recognition in the music industry's financial pie. And over at YouTube, news revealed FremantleMedia CEO, Cecile Frot-Coutaz resigned and take a position at YouTube's operations in Europe, the Middle East, and Africa (EMEA) to head content supply in the region. The high-end television production company was home to where she greenlit The Young Pope on HBO and where she helped produce American Idol, eventually earning it nine primetime Emmy nods.

US music organization the RIAA, revealed a 16.5% rise in ‘estimated retail value’ to $8.72 billion in recorded-music revenues in 2017. The numbers point to the increase in streaming activity that is driving growth. Paid music subscriptions to services including Spotify, Apple Music, Amazon, Pandora and Tidal grew by 63% in 2017 to $4.09 billion, making up 47% of (retail) US recorded-music revenues this past year. “There’s still much work to be done in order to make this growth sustainable for the long term,” RIAA chairman and CEO Cary Sherman wrote in a statement, “We continue to operate in a distorted marketplace, replete with indefensible gaps in core rights, inhibiting investment in music and depriving recording artists and songwriters of the royalties they deserve.” As rising revenues call upon rights holders to claim their works at large, labels are also taking these growing numbers to invest in artists and technologies to support their work. Global music body the IFPI will publish its annual Global Music Report in April, proving how US growth will translate worldwide.

The British Academy of Songwriters, Composers and Authors (Basca) launched a campaign, promoting the hashtag #soldforasong, in order to shed light on fair compensation from Facebook and Spotify deals. The London-based organization, containing songwriters like Paul McCartney, Kate Bush, and Chris Martin among its members, called on music publishing companies to “transparently and fairly” share any advances received from recent licensing deals with Facebook as well as any proceeds from Spotify’s listing for the songwriters and composers they represent. Without naming any individual companies, Basca said it was concerned that "no pledge has been made by music publishers to equitably share any financial benefit derived from such licenses with songwriters and composers." Basca is also demanding correct usage of songwriters’ works, hoping to veer away from distributing payments based on an “assumed” market share methodology. Basca chair Crispin Hunt said in a statement that with today’s technology enabling the monitoring of “granular digital data” such inaccuracies are no longer excusable and “the right of music must receive the right monies. If it’s played it should be paid.”

CEO of London-based FremantleMedia, Cecile Frot-Coutaz will be resigning and moving to YouTube as head of operations across Europe, the Middle East, and Africa (EMEA). She will report to chief business officer Robert Kyncl, and will take charge in growing content supply and further strengthening YouTube’s position across the region. Since 2012, when she took over as CEO of FremantleMedia, Frot-Coutaz has spearheaded a push into high-end television drama, greenlighting series like American Gods on Starz! And The Young Pope on HBO. She is best known as the producer of American Idol, which earned her nine primetime Emmy nominations. The shift from overseeing 3,000 employees in 31 markets to now overseeing the EMEA region poses a new challenge for the media executive, with her quoting from a recent statement, “I go on to explore new challenges safe in the knowledge that FremantleMedia’s best days lie ahead.”

Digital performance rights organization SoundExchange passed the $5 billion mark in cumulative digital royalty distributions since its founding in 2003. The company distributes royalties for the digital performance of sound recordings to more than 155,000 recording artists, rights owners, session musicians, and background vocalists. “With our...launch of SXWorks and the acquisition of the Canadian Musical Reproduction Rights Agency,” stated president/CEO Michael Huppe, “SoundExchange is poised to become the leading global player administering both sound recording and music publishing rights on a multi-territorial basis.” The company saw a decrease in US sound recording gross distributions in 2017, due to slowed digital radio growth and direct deals between rights holders and Pandora. However, the company’s extended publishing administration services with SXWorks has allowed the company to develop relationships with the music publishing community. Its acquisition of the Canadian Musical Reproduction Rights Agency (CMRRA) in May, has expanded the scope of rights represented to include the mechanical rights of music publishers in Canada.

Facebook signed multi-year pan-European licensing deals with French PRO SACEM, US-based independent publisher Wixen, and Canadian society SOCAN to enable users to create and share music on videos from its social media platform. SACEM will handle the agreement for all three that signed, covering more than 180 territories across Facebook, Instagram, Messenger and Oculus. Jean-Noël Tronc, CEO of SACEM, revealed that the collaboration was tied to achieving a first-class management system to boost and benefit all the parties and the music industry as a whole. “We are delighted to have reached this agreement with Facebook,” he said, “This deal marks a new milestone in our efforts to ensure that musicians and creators are fairly remunerated for the use of their works on any digital platform.” Wixen is currently suing Spotify for $1.6 billion, representing writers Neil Young, Stevie Nicks, and Tom Petty and the Doors in its repertoire. The case alleges that Spotify illegally underpaid songwriters while handing “outrageous annual salaries to its executives.”

Music Rights is Main Topic of Discussion at SXSW

Music rights is becoming the spotlight of SXSW, not big-name artists and headliners this year, as Lyor Cohen of YouTube and Eddie Cue of Apple attracted much attention with their speeches at the annual festival. “Catalogues are growing [in value], and that is streaming,” says Matt Smith, CEO of Royalty Exchange. “Everybody can see it, there’s a lot of enthusiasm around Spotify’s IPO. There’s a lot of financial coverage, essentially, of the growth in the music business, finally, after this huge bear market. That’s bringing a lot of people in now.” The conversation on music rights continued on to the topic of investment firms like Music Fund, a data and algorithm-driven outfit set to buy pieces of catalogues so that up-and-coming musicians can sell slices of their rights to stay independent. Supporters of the firm believe this could free up cash to make new music or plan a tour, but some remain skeptical. Singer-songwriter Taylor Hanson and his brothers Zac and Isaac of the band Hanson, voiced, “In 2018, artists are at risk of offering up their core intellectual property to the lowest bidder, streamer or company acquiring those rights...I would say to all artists, large or small, learn from the past and maintain the ownership of your creation; it will always be your future.”

In one of the most notorious music copyright infringement lawsuits in history, the US Court of Appeals for the Ninth Circuit recently upheld a 2015 verdict yesterday, which concludes that Robin Thicke and Pharrell Williams’ 2013 hit “Blurred Lines” infringed on the copyright attributed to Marvin Gaye’s 1977 song “Got To Give It Up.” One of the case’s judges, Judge Jacqueline Nguyen, disagreed on the split decision, commenting that the two tracks “differed in melody, harmony, and rhythm.” The Ninth Circuit panel voted 2-1 to reach a verdict against Thicke and Williams, which now sees them liable for $5.3 million in damages. The Gayes will receive a running royalty of 50% of future songwriter and publishing revenues from “Blurred Lines.” Robin Thicke, Pharrell Williams, and Clifford “TI” Harris co-own the musical composition copyright in “Blurred Lines”, while Star Trak and Interscope Records co-own the sound recording of the track. The appeals court cleared Clifford “TI” Harris and Interscope Records of any infringement.

Dennis Dayman of The Next Web (TNW) lists how businesses can benefit from the changes being made in the current legislation over General Data Protection Regulation (GDPR) within Europe. Number one, it simplifies existing regulations. GDPR will replace the old Data Protection Directive to bring more harmony between data privacy laws across Europe and eliminate confusion. Second, the cleaner the data, the better the marketing will be. By focusing on first-party, high quality data, GDPR will lead to better leads and higher conversions, nurturing inbound marketing and optimizing emails to increase conversions. Third, clean data overall will not only label businesses as compliant, it will also optimize business efficiency around costs. It may also reduce risks associated with data processing. And lastly, GDPR gives companies an opportunity to take control of their own compliance, rather than register with the applicable data protection authorities.

4 Steps to Successfully License Your Music

“How would you like to have your music on a TV Show, Film or Commercial? For most musicians it sounds like something so far fetched, and nearly impossible, that they write it off as an unattainable goal. While there’s a lot of information out there regarding WHAT music licensing is, there's very little regarding HOW to successfully license music... Until now.” Musician Michael Elsner lists the four steps to successfully license one’s own music: 1. Build your catalog, 2. Create valuable content, 3. Master metadata, and 4. Get your music heard.