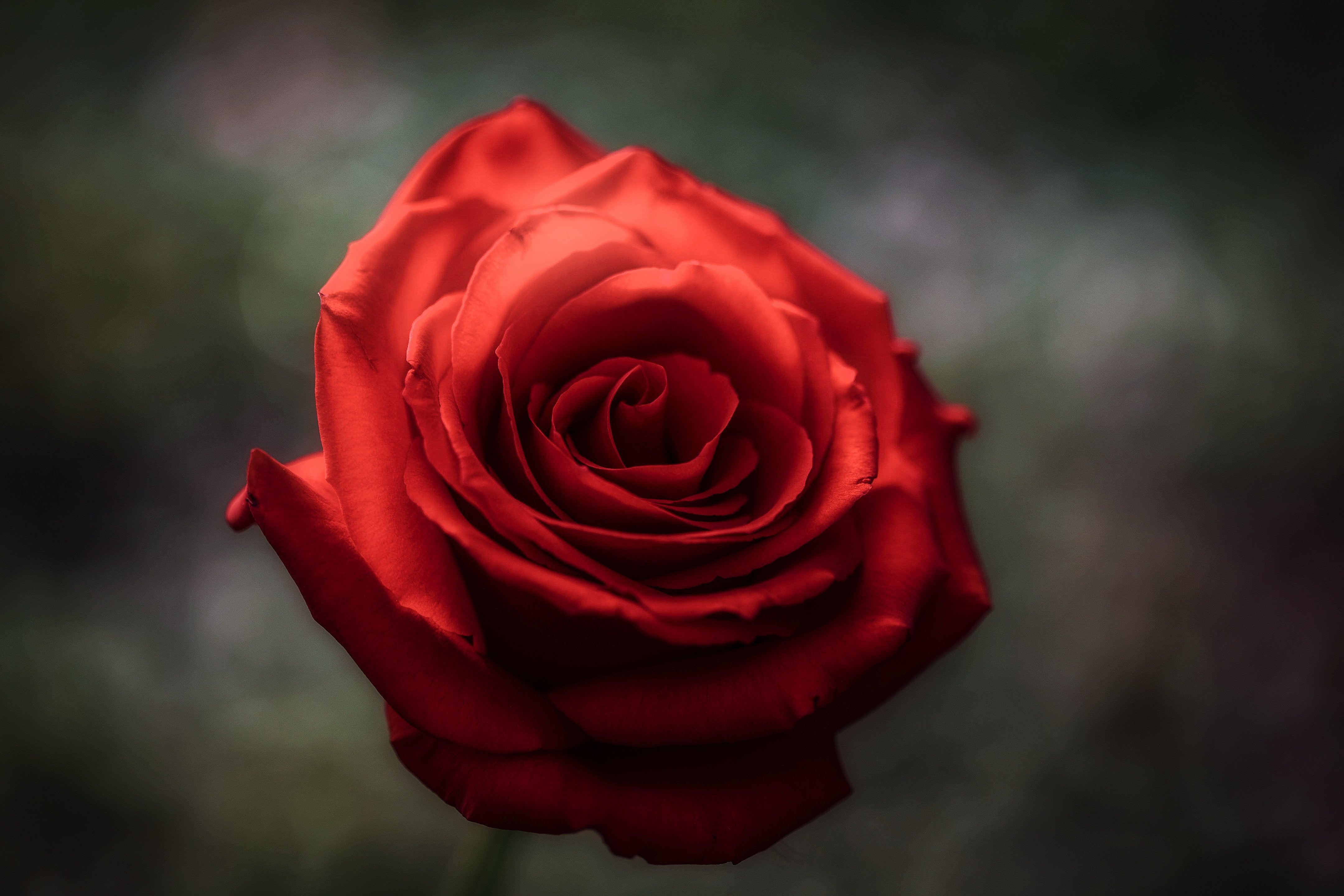 “Love is alive when there's music in your heart.”

Producers and engineers received some good news this past week as the AMP Act was introduced into the Senate, allowing them, for the first time, to be included for direct payments from SoundExchange on satellite and online radio. Not only is this unseen in U.S. Copyright Law, but senators are also packaging the move to be joined by The CLASSICS Act and the Music Modernization Act in order to reform licensing structures in the music industry, coining it the “music-bus” bill.

Following this week’s updates, Apple Music has launched its own music video feature on its own platform. Digital streaming and music video services have largely been separated, with Spotify, Apple, and others on one side and YouTube and Vevo on the other. The news inevitably sets a precedent to the merging of digital media consumption in an age where given sectors of music and technology are accelerating.

Wixen and Kobalt also voiced they will be supporting its songwriter clients with payments from their licensing deals with Facebook. This reinforces the position of British songwriter collective, BASCA, in their most recent #soldforasong campaign to promote equitable sharing of financial benefits derived from these licenses.

AMP Act Introduced in the Senate

The Senate introduced the Allocation for Music Producers (AMP) Act on March 22nd, a bill allowing producers and engineers to receive direct payments from SoundExchange when recordings are used on satellite and online radio. The piece of legislation was introduced by Senate Judiciary Committee Chairman Chuck Grassley (R-LA), Ranking Member Dianne Feinstein (D-CA), and Senators Bob Corker (R-TN) and Kamala Harris (D-CA). This will ultimately be the first time producers and engineers are mentioned in U.S. copyright law. As part of legal procedure, SoundExchange will be directly paying them royalties previously due, rather than from the artist in question, which was usually transacted via a “Letter of Direction”. By formalizing the process, the bill would establish a procedure for producers and engineers, including those who worked on recordings made before 1995 to be paid royalties directly.

Apple Music is extending its catalogue to offering music videos on the platform, describing it as “one of the most extensive music-video catalogues available”. Frontrunners towards kicking off Apple’s new move will include videos by popular artists like A Tribe Called Quest, Beck, Kylie Minogue, and Sabrina Carpenter. The company is also stepping up its curated playlists, several of which include Today’s Video Hits, The A-List: Pop Videos, and Classic Dance Moves. Subscribers will also have the option of building their own video playlists.

Wixen and Kobalt Tell MBW They Will Pay Songwriters Fairly

According to Music Business Worldwide, Wixen and Kobalt recently voiced their intentions to distribute to songwriters a fair portion of the money received from their licensing agreements with Facebook. Last week, it was announced that Wixen’s European partner SACEM and Facebook entered into a licensing deal together, covering 180 territories across platforms like Facebook, Oculus, and Instagram Messenger. Wixen founder Randall Wixen told MBW this week, “For more than 40 years, we have distributed all settlements and blanket payments to our clients...To do anything else would be reprehensible to us.” Kobalt also announced in January that it entered into a similar deal with the tech company. “We will be accounting for 100% of the money we receive from Facebook in our standard transparent manner, as we always do,” said Kobalt CEO, Willard Ahdritz, according to MBW, This was around the same time British songwriter collective, BASCA, also called on major publishers to share their proceeds from Facebook with their songwriter clients.

Spotify issued a financial outlook for the full year of 2018 on March 26th. The soon-to-be public company told Wall Street that it expects to have somewhere between 92 million and 96 million paying subscribers by the end of 2018, up 30-36% year-on-year. This would add around 23 million on the 71 million subscribers it has confirmed it attracted by the end of 2017. The streaming service expects its total revenue to reach somewhere between €4.9 billion - €5.3 billion, up 20-30% year-on-year. The gross margin is expected to reach 23-25% with a total operating loss of somewhere between €230 million - €330 million. Next Tuesday April 3rd marks the date when Spotify is set to float on the New York Stock Exchange.

On March 19th, the US Department of Justice’s deadline to file an appeal with the U.S. Supreme Court expired, setting the final ruling of the Court of Appeals to state BMI and ASCAP’s freedom to continue and engage in the historical practice of fractional licensing. The case finally ended the consent decree battle between the US Department of Justice and BMI, as no appeal was filed by the DOJ. ASCAP deemed it an “ important victory or the music community, and CEO of BMI, Michael O’Neill, wrote in a recent Billboard guest post anticipating several action steps to keep in mind going forward. These included creating better insight and transparency into the licensing process, evaluating the potential of licensing beyond the performing right, and reforming laws governing music licensing to reflect the transformative impact of technology. He concluded by stating, “From the DOJ ruling, to the introduction of the Music Modernization Act, to the recent Copyright Royalty Board decisions that will increase royalties for streamed music, 2018 is shaping up to be a pivotal year for music creators, and BMI will keep pushing to ensure their voices are heard.”

Pandora Competes with Spotify with Personalized Playlists from Music Genome

Pandora debuted its personalized playlists this week ahead of Spotify’s public debut on April 3rd to pose a competitive advantage among streaming companies. By matching and fitting users to specific moods, activities, and genres, all powered by Pandora’s Music Genome, the music information database, which has been in development for over a decade, will serve to classify music at the song level across 450 different attributes, also known as “genes”. Machine learning algorithms, raw audio analysis from the Music Genome, traditional collaborative filtering methods, and in-house editorial curation will power and formulate the playlists presented on the platform, mainly to Pandora’s top tier of Premium subscribers. Once a playlist is created for you, it will appear in the “Browse” section under “Featured Playlists” in the Pandora mobile app.

Polynesia now has its own collecting society, called SACEM Polynesia, a recent launch that was announced by its umbrella organization and French music body, SACEM, earlier this week. The new group will represent the performance right for songwriters and music publishers as well as license song rights specifically in Polynesia to broadcasters and public places using music in that region. The opportunity will provide SACEM Polynesia “expertise and infrastructure,” according to SACEM, “to enable new creators and publishers to join, register their works, and collect and distribute royalties and payments to creators and publishers in Polynesia.” Virginie Bruant, who is in charge of running the new organization, stated, “After working alongside Polynesian artists for several years, I am delighted with this new page that we are turning with SACEM Polynesia. Together, we will co-develop this creative house that will allow our members to be paid for their work and to support local creation”.

According to the latest Smart Audio Report from NPR and Edison Research, smart-speaker sales more than tripled year-over-year in 2017, and 60% of smart-speaker owners reported using their devices to play music regularly. The speed to which people are adopting voice-enabled devices around the world is accelerating. Consulting firm FutureSource additionally noted that smart-speaker owners are four times more likely to pay for a music subscription than non-owners, posing a huge opportunity for streaming services economically. While the front end of voice-enabled music discovery is more frictionless as a lean-back experience, music delivery can still become disconnected and convoluted on the back end, in terms of organizing metadata and personalizing artist names, song titles, playlists, moods, and genres. These “new, hyper-personalized, context-driven” expectations of music consumption are pushing for a more social approach when having smart speaker experiences. As reported in Billboard, “Voice-enabled devices will engender new niches of human behavior and interaction that are nearly impossible to predict today, but early moves from Amazon and other market leaders lay out a potential blueprint for the future.”

88% of Streaming Subscribers Pay Attention to Lyrics, According to Study

According to MIDiA Research’s recent survey in the UK, US, and Germany, studies show that 88% of streaming subscribers look for the words of a song, emphasizing the growing importance of lyric usage in streaming services. In addition to this finding, the study reported 55% of streaming lyric users are more likely to pay for a service that ‘has great lyrics features’. According to Jackie Alway, senior vice president of international, legal and industry affairs at Universal Music Publishing, the consumer report helps present a growing respect from consumers for songwriters on platforms where they may previously have been “overlooked”. She added, “It’s more evidence to show how much the public wants to engage with the song, and that access to lyrics will influence the choice of streaming service and how long a subscriber will stay with that service.”

Desmond Child to be Honored with ASCAP Founders Award

Grammy-winning songwriter Desmond Child is to be awarded ASCAP’s Founders Award at the 35th annual ASCAP Pop Music Awards on April 23rd in Los Angeles. The multi-award winner was inducted into the Songwriters Hall of Fame in 2008, became chairman/CEO of the Latin Songwriters Hall of Fame in 2012, and has written more than eighty Top 40 hits, including Bon Jovi’s “Livin’ On A Prayer” and “You Give Love A Bad Name,” and Ricky Martin’s “Livin’ La Vida Loca”, among others. Child’s autobiography, Livin’ On A Prayer: Big Songs Big Life, co-written with David Ritz, will be released this fall. ASCAP will also present Lana Del Rey with the Global Impact Award and Portugal. The Man with the Vanguard Award, recognizing the impact of new and developing musical genres.

Lana Del Rey Comments “Lawsuit” with Radiohead is “Over”

According to the BBC, Lana Del Rey confirmed in an announcement during her performance at the Lollapalooza festival in Brazil this past Sunday night that the lawsuit between herself and Radiohead is “over”. In early January, Del Rey announced the dispute in a tweet saying that Radiohead demanded 100% of the publishing revenues from the song, insinuating similarities between Del Rey’s “Get Free” and Radiohead’s 1993 hit “Creep”. Del Rey offered up to 40% of the publishing to settle the matter, while the band denied the existence of any lawsuit between the two artists ever happening. The band’s publisher, Warner Chappell, reported to Variety in a statement, “To set the record straight, no lawsuit has been issued and Radiohead have not said they ‘will only accept 100%’ of the publishing of ‘Get Free’.” The settlement seems to be resolved, according to Lana Del Rey’s comment. Radiohead had previously been sued for the same song “Creep” by songwriters Albert Hammond and Mike Hazlewood on their composition “The Air That I Breathe”, which became a hit for the Hollies in 1974. The case was ultimately settled and Hammond and Hazlewood were listed as co-writers to the song.