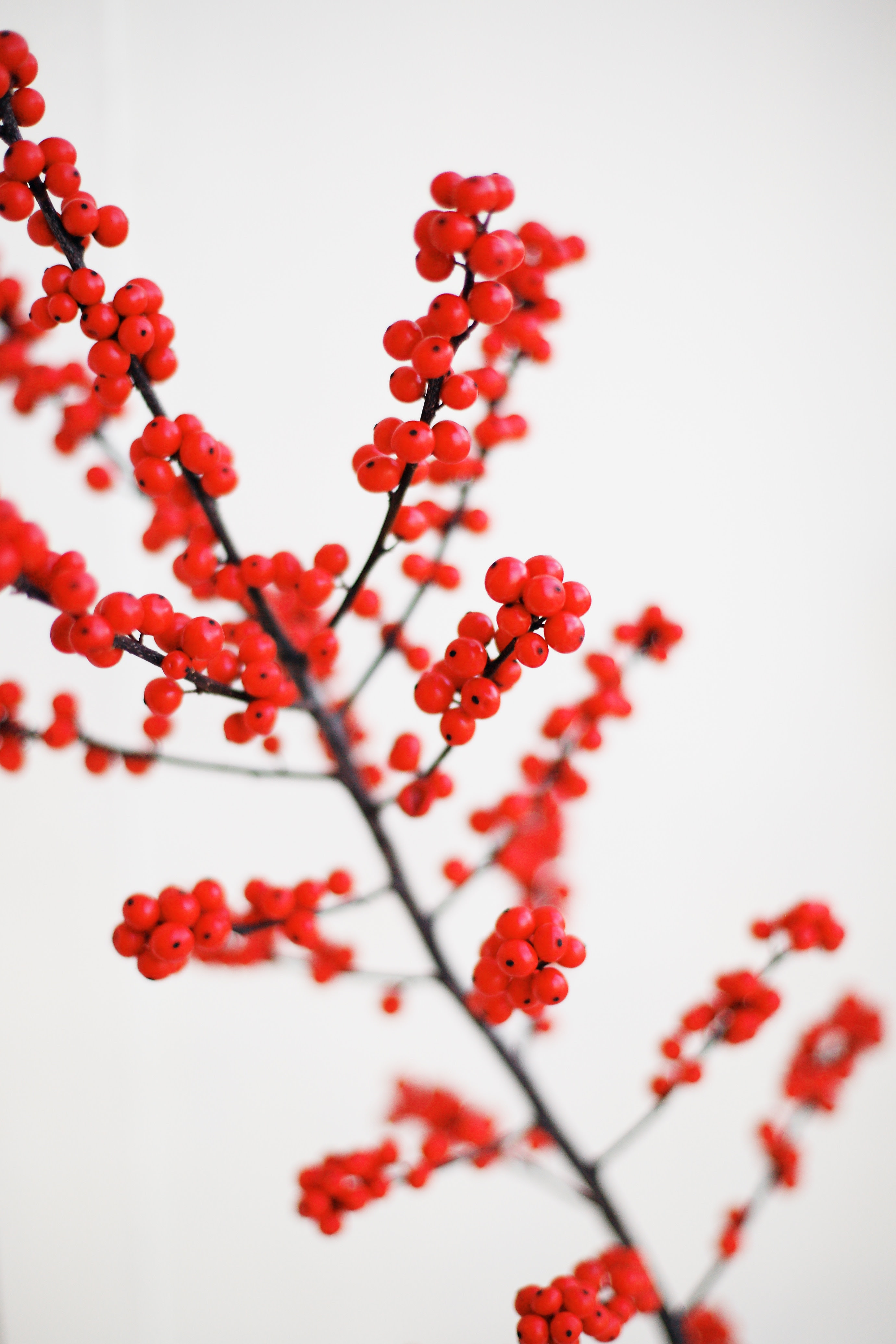 We hope you had an exciting end to the year! As the beginning of 2018 starts to unfold, we can't help but set all eyes on Spotify this week. The streaming company reportedly filed its IPO during the holidays and received a notice for yet another copyright infringement lawsuit - this time, by Wixen Music Publishing for $1.6 billion. This year will be quite interesting for those in the streaming space. US music consumption increased by 12.5%, and the UK saw a streaming boom in 2017, proving that the industry is growing stronger. However, with the rise of consumption, we only hope to see how streaming companies will choose to utilize its technology with all labels, publishers, songwriters, and artists in mind. Music industry leaders voice their expectations for the coming year, and Georgia decides to invest in music with a new tax bill that might very well put Atlanta on the map.

Total music consumption in the U.S. in 2017 climbed 12.5% to 636.65 million units (up from 566.1 million), according to Nielsen Music. The total music consumed adds together traditional album sales, track equivalent album units, and on-demand streaming equivalent album units from both video and audio streams. From this figure, R&B/Hip-Hop represented the biggest share of 24.5% of all music consumption in the U.S. with the second being a 20.8% share of the Rock genre. Kendrick Lamar’s “DAMN.” was the No. 1 top-selling album in the leading genre with a total of 2.747 million equivalent album units in 2017. Among the year-end top 10 albums list, R&B/Hip-Hop made up seven out of ten of the albums for this year. You can check out the top 10 here.

Spotify was sued this past Friday for $1.6 billion by Wixen Music Publishing, which licenses around 200 artists, including Tom Petty and Neil Young. The publishing company claims that Spotify “made insufficient efforts to collect the required musical composition information and, in turn, failed in many cases to license the compositions embodied within each recording”. Spotify responded in the court asserting Wixen hadn’t given its clients sufficient time to opt out of being included in the legal action. The lawsuit arrives not long after Spotify’s recent $43 million settlement with songwriters and publishers back in May, and it addresses the long-standing dispute over the streaming rights compensation split between labels and publishing companies. Spotify signed contracts with labels Warner, Universal, and Sony, to solidify its relationships before going public this year, and prioritized a catch-all deal with rights agency Merlin to allow it access to music from thousands of smaller labels. These contributions are expected to highlight Spotify’s efforts to fairly compensate the music industry despite its ongoing lawsuit.

According to reports by Axios and Bloomberg, Spotify filed confidential IPO documents with the Securities and Exchange Commission during the Christmas and New Year’s holidays, signaling that the music streaming leader is ready to list its stock directly onto the New York Stock Exchange in the coming months. Bloomberg reports that Spotify wants to begin listing its shares publicly in the first quarter of this year via a direct listing, rather than a more conventional initial public offering. This means that instead of hiring investment bankers to hype the offering and set the price, Spotify will simply make the stock available on the public market with the price set by demand. As of this past fall of 2017, the Swedish company’s valuation in private trades was reported to be around $16 billion with 140 million regular users and 60 million paying for the service. The company seems to be prepared for its listing as it has also secured direct licensing deals with all three major labels - Universal Music Group, Sony Music, and Warner Music Group, along with independent label organization Merlin. But there could be timely difficulties now that the streaming service has now entered a massive $1.6 billion copyright lawsuit brought by Wixen Music Publishing this past week.

Georgia's music industry will be able to receive a considerable tax incentive as new laws went into effect on New Year’s Day. The bill, also called the Music Investment Act, will give a 15 percent tax incentive to production companies with a live performance of $500,000, $250,000 for stand-alone scoring projects, and $100,000 for recorded music performances. Representative Winfred Dukes, who advocated for the bill, believes it will change the entire music industry, stating, “People will come to Georgia and live, or what we are hoping is that we will develop people here in Georgia to take advantage of these opportunities.” More music projects and tours could be coming to Southwest Georgia with the new act, similar to the tax incentive that turned Atlanta into the “Hollywood of the South”.

Music revenues within the UK music business grew by 9.6% in 2017 according to the Entertainment Retailers Association, with streaming revenues from subscriptions to services like Spotify up 41.9%. New findings also show that streaming now accounts for more than half of UK music consumption while overall physical sales were down 3.4%. Major labels seem convinced that the industry is back to business, but the complex three-way power game between the tech platforms, the labels, and the artists might strongly influence how streaming will affect the industry overall and no longer provide as much power to the labels’ sheer marketing muscle. Technology can become a major opportunity to expand the music market. And artists may have the luxury of settling direct deals with streaming services themselves. Increasing sales of smart devices like Amazon Echo and the Google Home provide more music to the consumer, and might very well contribute to a more sustainable and profitable future for music.

Countries like New Zealand and Canada celebrated Public Domain Day on January 1st as published works by artists who died in 1967 finally entered the public domain. In Europe, work published by artists who died in 1947 are now public domain. The United States, on the other hand, did not see any changes for the 20th year. In 1998, Congress added 20 years to the copyright term, extending it to the author’s lifetime plus 70 years, or 95 years after publication for corporate works made for hire. Since then, the U.S. has been frozen with a public domain that only applies to works from before 1923. There is only one more year to go before all works from 1923, including songs by Irving Berlin, and books and poems by Virginia Woolf and Aldous Huxley, will be in public domain. Barring any new legislation, works will start entering every year with that 95 year lag.

According to sources at Torrentfreak, French streaming service Deezer issued a takedown notice against developer platform Github for featuring stream-ripping tools that could access and illegally download music from its servers. Github immediately proceeded to remove these tools on its site like Deezloader, DeezerDownload, and Deeze. However, Github’s prompt response will not stop stream-ripping tools from being distributed elsewhere on other sites and forums. The battle to stopping steam-ripping is a continuous problem in online piracy, and is yet to be fully addressed in the music industry.

Dr. Dre, known formally as Andre Romelle Young, was given partial summary judgment after a federal judge in Kentucky ruled the rapper and hip hop mogul not liable for copyright infringement of the plaintiff’s sound recording. Louisville singer-songwriter, Phillip Mitchell, sued Dr. Dre and label Capitol Records in February 2015, claiming the rapper used copyrighted materials from his 1977 track, “Star in the Ghetto” without his permission or knowledge, and that he never received credit or financial compensation for its use. The plaintiff alleged his song was sampled in the NWA song, “If It Ain’t Ruff,” featured on the band’s influential album, “Straight Outta Compton”. However, U.S. District Judge Joseph H. McKinley Jr. ruled that Mitchell controls the copyright for the musical composition, not the sound recording, explaining that the sound recording is the “aggregation of the sounds captured in the recording, while the song or tangible medium of expression embodied in the recording is the musical composition”. The evidence established Atlantic Records as owner of the sound recording, subsequently granting Dr. Dre’s motion for partial summary judgment.

Interview with Rachael Naylor, Director of Operations at PRS for Music

In an interview with interim Director of Operations at PRS for Music, Rachael Naylor, the power of big data is addressed as well as its importance on rights administration for collecting societies. She oversees the organization’s data processes, which fuels member distributions and ensures the flow of royalties from organizations to songwriters, composers, and publishers. She has also been an integral force within the Operations Team since 2012, helping to transform its function during a huge period of change. Read more about her thoughts on the challenges facing collecting societies and rights holders, and what PRS for Music is doing to stay in tune…

Music Week starts the year by finding out the biggest hopes for the music industry in 2018. They ask several music industry leaders who offer quick blurbs of what they believe could be changed this coming year.