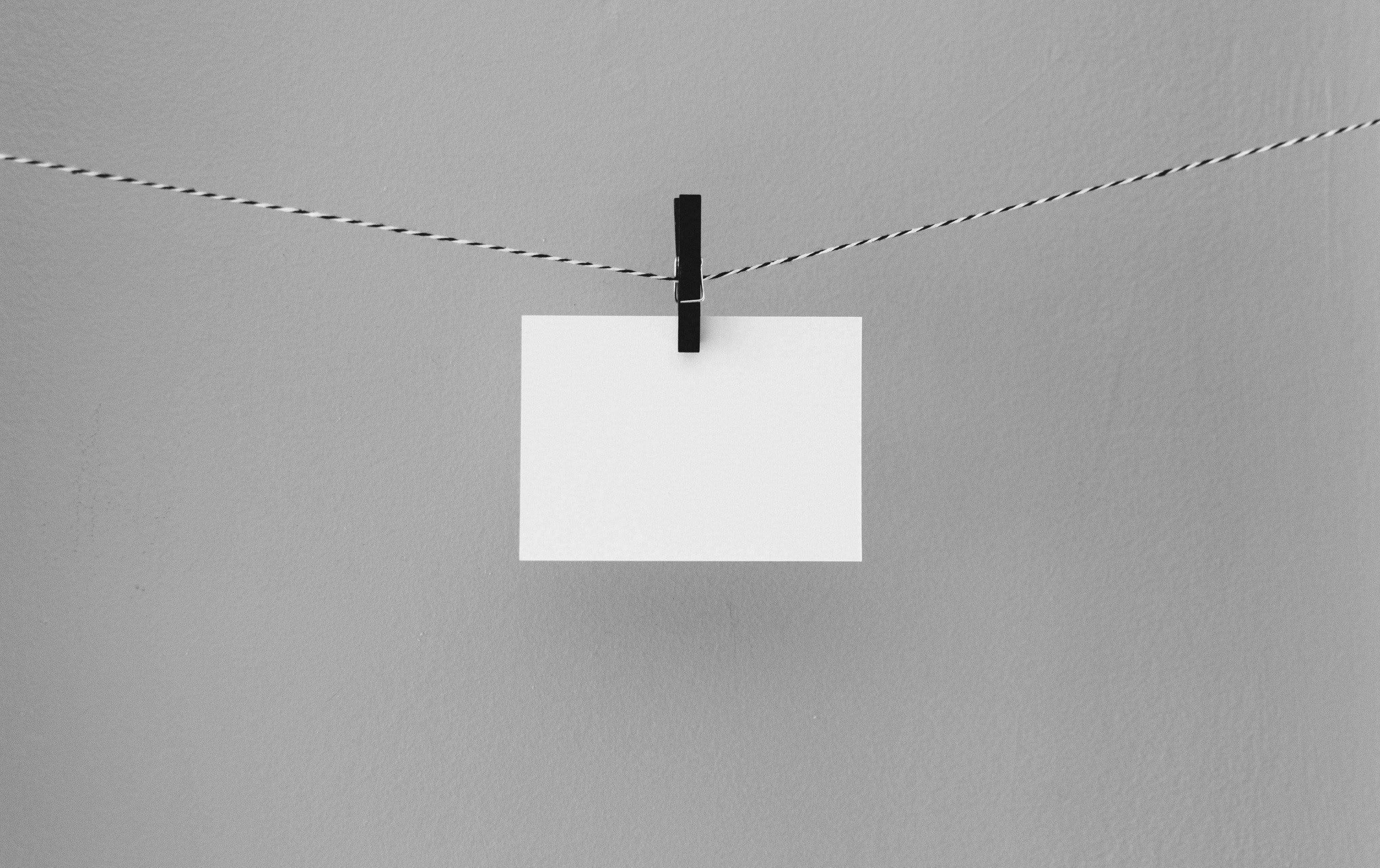 Music mogul Jimmy Iovine was reported to be leaving Apple Music earlier this week when his Apple shares become fully vested, but these claims were proven to be false according to statements made directly by the music mogul himself saying that he's still going to be with the company, particularly tapping into the streaming market's potential in original programming. Music licensing is undergoing major changes as more than a dozen music organizations like ASCAP and the RIAA came together to endorse the Music Modernization Act, the CLASSICS Act, and the AMP Act. And YouTube Red is being launched in various countries internationally according to Chief Business Officer of YouTube, Robert Kyncl. These changes will further define how technology will continue to shape all aspects of the music industry while more importantly, emphasizing the value of music to the average music consumer.

Music mogul Jimmy Iovine denied claims of his leave from Apple Music this year. According to multiple sources, he was planning to leave when his shares fully vested. However, the music exec confirmed these were false, and that he was still “in the band”. “I am committed to doing whatever Eddy [Cue], Tim [Cook] and Apple need me to do, to help wherever and however I can, to take this all the way,” he told Variety. The former Interscope CEO was involved in the launch of Apple’s streaming service, helping the platform reach 30 million paid subscribers, second behind Spotify (70 million subscribers). He first worked with Apple founder Steve Jobs and exec Eddy Cue on Apple’s iTunes and iPod and later joined the company in 2014 when he sold Beats, a music electronics business that he co-founded with hip-hop producer Dr. Dre. The industry veteran wants to focus on streaming, saying the “great oil gusher” won’t get more interesting until it taps into opportunities like investing in original content, similar to Netflix and HBO.

Record labels, publishers, performance rights organizations, and a variety of music companies came together to officially endorse three pieces of music legislation this year, namely the Music Modernization Act, the CLASSICS Act, and the AMP Act. Among the numerous endorsers were ASCAP, BMI, SoundExchange, and the RIAA. These organizations all agreed to update Section 115 of the U.S. Copyright Act as part of the Music Modernization Act. The legal rate determined by the Copyright Royalty Board would be based on a willing buyer/willing seller market rate. They also agreed to pass the CLASSICS Act, requiring digital radio services such as SiriusXM to pay royalties on pre-1972 sound recordings. And lastly, the AMP Act, for the first time, would add engineers and producers to U.S. copyright law for the first time in order to allow them to collect digital royalties and earn a consistent, permanent position in the studio for their work. This decision is monumental, setting expectations for the new year to soar. “2018 is the year for Congress to enact many long-studied proposals that will make our country’s music licensing system fairer for artists, songwriters and their label and publisher partners,” says RIAA President Mitch Glazier, “A unified music community is essential if we are to take advantage of this once-in-a-generation opportunity.”

YouTube’s chief business officer Robert Kyncl stated in a recent interview with French financial daily Les Echos, that YouTube Red, the platform’s paid music and video service, is expected to launch in multiple international markets this year. The announcement arrives around the same time Lyor Cohen also publicized the launch of a new YouTube music and video subscription service. In the interview, Kyncl also added that YouTube’s recent deal with Universal Music will include distributing the licenses in its catalog on both a free and paid basis globally.

A new complaint was filed this past Wednesday in New York - this time, involving Ed Sheeran, Tim McGraw, and Faith Hill in their song “The Rest of Our Life”. Two Australian songwriters, Sean Carey and Beau Golden, claimed that the chart-topping hit “blatantly copied” their own 2014 song “When I Found You”, saying the copying was “verbatim” and “obvious to the ordinary observer”. Not only are artists Tim McGraw and Faith Hill and songwriters Ed Sheeran, Johnny McDaid, and Amy Wadge, the center of this case, but music industry giants Sony/ATV, Universal Polygram, and WB Music are also asked to respond to these new charges. The lawsuit is unique in that employees of Sony Music allegedly knew about the infringement, yet did not take any legal action due to personal interests. Carey and Golden are seeking injunctive relief and at least $5 million in actual damages plus profits, a running royalty and an award of attorney's fees and costs.

Works Published in 1923 Moving Into Public Domain Next Year

On January 1, 2019, all works published in 1923, including books, films, and songs, will be in public domain and no longer protected by copyright - if there is no legislation barring it from happening, that is. In 1998, President Bill Clinton signed legislation extending the copyright term for older works to 95 years, keeping works published in 1923 or later out of public domain. Over time, opposition groups of public domain fought for works to stay protected by copyright, but their impact was minor, only making small changes in legislation. According to Timothy B. Lee of Arc Technica, the rise of the internet changed the political landscape in that it spurred a broad grassroots engagement on copyright issues, involving major internet companies like Google to step in and be a powerful proponent of protecting copyright. However, at this moment, there are no signs pointing towards a copyright extension leading up to next year’s passing into public domain. Although lobbyists and opposition groups are now stronger than how they were 20 years ago, plans to extend copyright may not be happening, simply because hardly anyone is pushing for an extension.

Lana del Rey recently voiced out on Twitter that she might face a potential lawsuit with Radiohead over the similarities between her song "Get Free” and the band’s major hit "Creep". "Although I know my song wasn't inspired by ‘Creep’,” she wrote, “Radiohead feel it was and want 100% of the publishing - I offered up to 40 over the last few months but they will only accept 100. Their lawyers have been relentless, so we will deal with it in court.” Radiohead declined to comment. However, the band has faced similar legal action in the past with their 1992 hit single as the band gave “Creep” songwriting credits to Albert Hammond and Mike Hazlewood, the writers of the Hollies’ “The Air That I Breathe”. Due to the similarities in the two songs’ melody and chord structure, the band gave over a percentage of the song’s publishing to the Hollies songwriters.

The almost 3-year court battle for digital royalties ended after Sony Music had reached a settlement with 19 Recordings, the entity started by Simon Fuller that represents the financial interests of American Idol stars like Kelly Clarkson, Clay Aiken and Carrie Underwood. The royalty dispute began in February 2014 when 19 Recordings filed a complaint, stating Sony had gained a substantial equity stake in Spotify to receive fair market royalty rates. The case then questioned Sony’s breakage policy, which determined whether artists were being properly compensated digital revenue from outlets like Spotify, Google and Apple. It was confirmed that Sony was applying lower-rate “distributions” rather than higher-rate “broadcasts” in accounting for streaming income, leading New York federal court judge Ronnie Abrams to call this characterization “ambiguous” and subsequently close the case based on both parties agreeing to settle.

Music technologist and professor Sebastian Tomczak received five copyright infringement claims after he uploaded a 10-hour long video of white noise that he acquired from open source software. The YouTuber announced he would be disputing these complaints, calling the claims “spurious”. This isn’t the only unusual case discovered within YouTube’s automated content ID system. A YouTuber received a claim in 2012 for birds singing in the background of one of his videos and Tomczak himself also ran into a claim after letting his co-workers use his own music in a video.