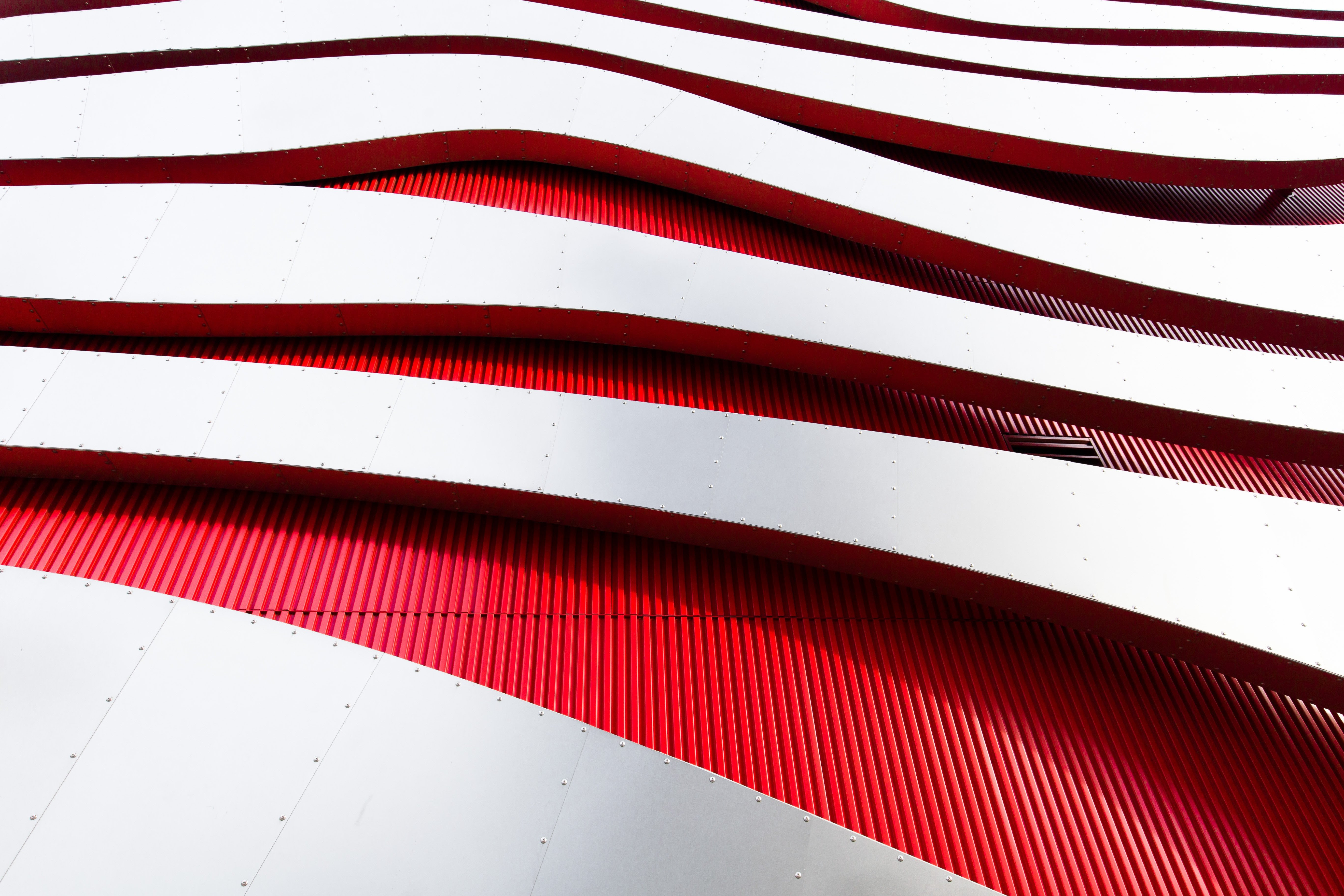 “After silence, that which comes nearest to expressing the inexpressible is music.”

Aldous Huxley, Music at Night and Other Essays

Rene Merideth, Exploration Co-Founder and COO, is moderating for a panel hosted by the California Copyright Conference in Los Angeles next week on Tuesday March 13th - book your seats here!

Spotify’s recent move to go public has turned heads, particularly for the indie music organization, Worldwide Independent Network (WIN), after it called upon major labels to compensate its indie artists from Spotify’s equity payout. So far, Sony Music has been the only major label to respond in favor of this request, while Universal and Warner have not made any moves as of yet. WIN CEO Alison Wenham states that this is the “perfect opportunity” to reinforce WIN’s position by committing to the Fair Digital Deals Declaration supporting fairness and transparency between labels and artists.

We’re also seeing some new changes being made inside Google as it recently paired with TiVo Music Metadata to assist in providing select artist metadata and artist images for YouTube Red, the Google Play Music store, and more services. This will ultimately create a more virtually engaging and dynamic user interface on the platform. YouTube has also announced its launch of YouTube Studio, which will be defaulted as the video service’s main channel management hub and a “one-stop shop” for data.

Moderator Rene Merideth: What’s In Your Wallet … Show Me The Money

We’re excited to announce our Co-Founder and Chief Operating Officer, Rene Merideth, will be moderator of the California Copyright Conference panel next week to discuss optimizing performance rights income and managing revenue for streaming and merchandising in the music industry. The event will be on Tuesday March 13th from 8 PM - 12 AM at the Sportsmen’s Lodge Events Center. (12833 Ventura Blvd, Studio City, CA 91604) book your seats here! We hope that you can join us during the evening!

Just after Spotify filed its direct listing on the stock exchange this month, Universal Music reported to join Sony and Warner in sharing with its artists any profit generated by the sales of the company’s equity in Spotify. This has sparked the Worldwide Independent Network (WIN), a London-based global organization representing the indie music community, to call upon the majors - Universal and Warner, specifically - to share that money with the indie labels they distribute and their artists. WIN is sticking to the commitments laid out in the 2014 Fair Digital Deals Declaration, a voluntary initiative supporting fairness and transparency between labels and artists. The timing of Spotify’s listing and current valuation of $19 billion is the “perfect opportunity”, says WIN CEO Alison Wenham, “to reiterate their position”.

Google recently announced its partnership with TiVo Music Metadata on March 7th to provide select artist metadata and artist images for several services, including YouTube Red, YouTube Music and the Google Play Music store. In addition, Google will also be working with TiVo to design a more dynamic, visually immersive user interface. “TiVo Music Metadata has a unique ability to go beyond traditional tracking, linking musical library content with other relevant artist or album info, which provides a wider span of context for the listener,” said Roz Ho, SVP and GM of consumer and metadata for TiVo. The company covers more than 34 million tracks worldwide and touts its ability to give music distributors and creators a way to differentiate services, increase content usage and drive sales, by using descriptive and dynamic metadata.

iHeartMedia Receives Another Extension Before Risk of Bankruptcy Filing

iHeartMedia will not be filing for Chapter 11 bankruptcy after a cautious few months, as the entertainment company will receive a forbearance agreement for an extension to Monday, March 12th at 11:59 PM. According to a filing with the SEC, iHeartMedia was reportedly under a forbearance agreement with its creditors, keeping the company at bay from defaulting on its credit agreement should it fail once again to make an interest payment due on its debt. That agreement expired at 11:59 PM last night (March 7), which would have forced iHeartMedia to default on its debt obligations and file for Chapter 11 protection. The extension will allow the company and its creditors to create a restructuring plan that will develop a pre-packaged Chapter 11 agreement with the terms of the company re-organization. The plan details that iHeart’s debtors would become the majority owners of the company.

YouTube recently revamped its own channel management system this week. Launched into beta last June, YouTube Studio will now become the default experience for creators with an option to switch back to the Classic view in the weeks ahead. The public launch also includes new updates to three new metrics in YouTube Analytics aimed at helping creators better understand how their videos are performing - impressions, impressions click-through rate, and unique viewers. The new YouTube Studio will present a new dashboard, which will serve as a “one-stop shop” for data, insights, and news, like video snapshots, personalized recommendations, and news and updates from YouTube. The roll out will first begin with a small group of creators and will soon become available to all YouTube Studio users within a few weeks.

Rep. Doug Collins (R-GA) is planning to run for House Judiciary chairman next year. The position will be open after the retirement of Chairman Bob Goodlatte (R-VA) at the end of 2018, and according to sources, the significant number of departures on the committee and his close ties to GOP leaders give Collins a strong shot at the job. As vice chairman of the House Republican Conference, his close relationships with many of the senior lawmakers on the Republican Steering Committee, which selects committee chairs, can prove to be very helpful. Collins has spent much of the past year writing a massive bill, otherwise known as the Music Modernization Act, updating music copyright laws, which would simplify the digital licensing process and ensure that music rights holders are paid for the use of their work. Goodlatte is expected to package the bill with several others and pass it out of his committee in the coming weeks.

Full-service accounting firm for media and entertainment industries, White Sky, has launched a tax division in partnership with Banks Group, a music tax specialist that has worked with The Temper Trap, Eskimo Joe, Kasey Chambers, and more. Services include annual tax compliance, business structure advice and set-up, GST advice and set-up, payroll obligations advice, international tax compliance oversight, and royalty audits. Banks Group director Serge Bolzonello leads the new division as White Sky Tax director. “In any business, working with people who understand what you do is vital,” adds White Sky Group founder and managing director Tom Harris. “As an artist, manager, festival or record label, the idea is to be creative and focus on your core business. You don’t want to be explaining to your accountant the complexities of how publishing royalties are collected, or how tour promoter deals vary between countries. You want an accountant who can give you advice on these things and knows what to look out for before it’s too late.” Harris co-managed The Temper Trap from 2006 to 2011. He says the tax division is three years in the making and comes at a time when homegrown acts are increasingly breaking borders and going global.

The Performing Right Society (PRS) for Music and Phonographic Performance Limited (PPL) officially launched a new joint venture - PPL PRS Ltd. The new organization will provide one license (“TheMusicLicence”) to cover all public performance rights in the UK, which means anyone wishing to play music publicly will only have to sign one agreement. Those who already have separate PRS and PPL licenses are mandated to follow the new system after expiration of contract. The plan to converge was planned in 2016, until the company officially settled on the name PPL PRS Ltd. this past May 2017 with Suzanne Smith taking the helm - joining from credit rating company Experian. The new venture aims to simplify music licensing in the UK. Application for the contract is accessible via the PPL PRS website.

The Japanese Society for Rights of Authors, Composers and Publishers (JASRAC) received permission and support by a government panel in Japan to collect copyright fee payments from music schools earlier this week. The music society has expanded its collection of music royalties throughout the years from a variety of locations like ballroom dance schools, fitness clubs, singing schools, and culture centers. The government may issue an official decision supporting the collection of such fees after taking notice of JASRAC’s recommendation. According to the Culture Affairs Agency, JASRAC can collect the fees as long as music school operators and other businesses aren’t involved in any kind of copyright infringement lawsuit. The music school group includes Yamaha Music Foundation and Kawai Musical Instruments Manufacturing Co. JASRAC initially plans to start collecting royalties from music schools in January.

NMPA president/CEO David Israelite and RIAA president Mitch Glazier argue to combine the three acts currently in Congress (the Music Modernization Act, the CLASSICS Act, and the AMP Act) into a single piece of legislation.”The future of music depends on how music creators are valued. Unfortunately, the laws governing our industry are woefully behind the digital age — significantly hurting those behind the songs…So today, with one unified voice, we call on Congress to bring these bills together in a single piece of legislation and cross the finish line by making them law. We hope that they hear the pleas of those so often less visible – the songwriters, the legacy artists, the engineers and the producers – who are behind the music we love and must not be left behind.”

Singer-songwriter Sara Bareilles will receive the Songwriters Hall of Fame’s Hal David Starlight Award this year. The Songwriters Hall of Fame ceremony is set for June 14 in New York City, inducting some of the most iconic names of the music industry like Bill Anderson, Kool & The Gang’s Robert “Kool” Bell, Jermaine Dupri, John Mellencamp, and James “JT” Taylor. The Hal David Starlight Award was created in 2004 in honor of David’s lasting impact as a lyricist, intending for it to be given to “gifted young songwriters who are making a significant impact in the music industry via their original songs”. The award will be given to Bareilles, the 38-year-old talent who has been nominated for six Grammys in her career, including nods for album of the year (The Blessed Unrest, 2013) and song of the year (“Love Song,” 2008). In addition, the Howie Richmond Hitmaker Award will be given to chairman and Universal CEO Sir Lucian Grainge during the event.

Bon Jovi's Album Returns at No.1 on the Charts

Bon Jovi’s 2016 album “This House is Not For Sale” turned the tide in its comeback to the Billboard 200 as it hit No. 1 with 120,000 traditional copies sold this week. The band packaged tickets to their upcoming tour with a free physical or digital copy of the album, which ultimately led to the album’s resurfacing on the charts. Meanwhile, new releases like rapper 6ix9ine's “Day 69” debuts at No. 4 with 55,000 total copies on the Billboard 200, and Vance Joy’s “Nation of Two” bowing out at No. 10. At No. 3 is Migos’ “Culture II” while “Black Panther: The Album” made a significant climb to No. 1 for two weeks on the charts, until it moved down to No. 2 after Bon Jovi’s comeback of their 2016 album.