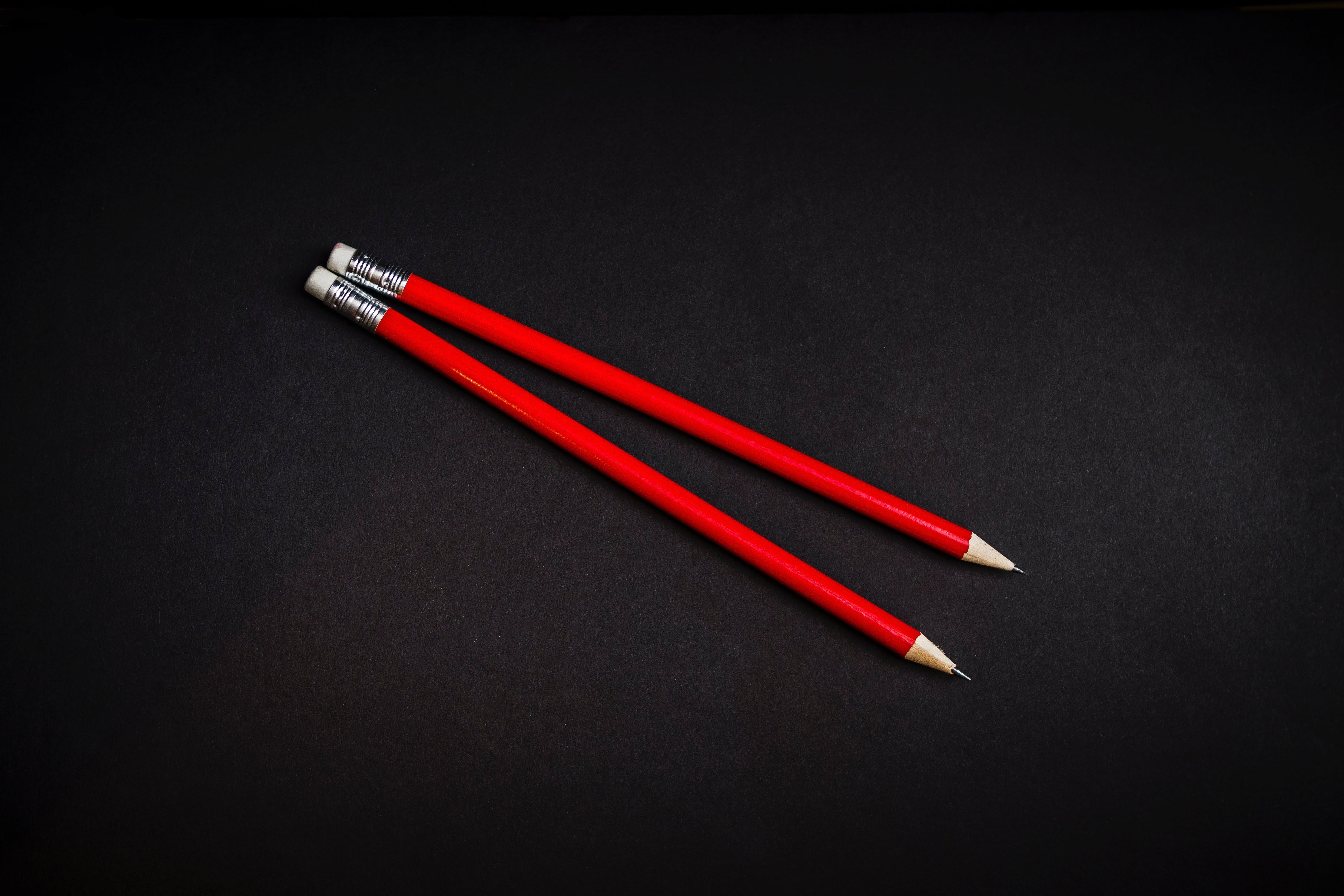 “Remake the world, a little at a time, each in your own corner of the world.”

Streaming giants Spotify and Apple Music continue to compete head-to-head in a dramatic race to global music dominance as reports show Apple Music could potentially dethrone Spotify with an impressive 5% growth rate, more than double than Spotify's 2%. This is yet to be announced as a threat to Spotify as the company currently sits at a total of 70 million paid subscribers compared to Apple Music's 36 million. Spotify has been hailing songwriters and producers with its new credits feature on its desktop platform, a seemingly new launch that has swiftly entered the scene despite the company's ongoing and expensive lawsuits with music publishers and its looming IPO. And of course, we can't forget Pandora, which recently announced its plan to lay off 5% of its workforce in order to start investing in automated advertising and marketing development to drive revenue and listener growth.

As for the legislative progress in music digital rights and management, New York attorney Wallace Collins believes the Music Modernization Act may actually favor music publishers and exclude out writers from collecting mechanical royalties. The Senate also introduced the CLASSICS Act this week to extend copyright protection for music sound recordings before 1972. Artists and rights holders are celebrating as this bill will help to compensate those that get their songs played on satellite and digital radio services, like SiriusXM and Pandora.

Spotify recently launched an update on its desktop platform to provide credits to songwriters and producers, which can be accessed by simply right-clicking the track and selecting “Show Credits” from the options menu. Although it brings no promise around metadata and digital rights concerns amidst the streaming service’s expensive copyright lawsuits, the newly added feature earned Spotify praises from music folks, especially songwriters and producers who often find themselves in the shadow of performers. Spotify stated that the credits are being inputted by record labels, similar to a Wikipedia-esque site. “We’re all artists in our own right, and every artist appreciates being recognized for their hard work. I’m excited and grateful to see this new feature on Spotify,” stated songwriter Ali Tamposi, who has written for artists like Justin Bieber, Kelly Clarkson, and Camila Cabello. The credits are also set to be made available on its mobile application soon.

Reports have shown that Apple Music is leading with a subscriber growth rate of 5%, beating Spotify’s 2% in the United States, leaving analysts to believe Apple may overtake Spotify this coming summer. According to the Wall Street Journal, Apple Music has 36 million subscribers globally while Spotify has confirmed via Twitter the service has 70 million paid subscribers. Although the number of subscribers do not break down specifically by geographical location, some form of Apple Music is available in an estimated 115 countries, while Spotify currently is up and running in 61. The success of Apple Music has shown in Nielsen’s data. The streaming service captured a 54% share of total music consumption due to its ability to convert users of its iPhone.

Democratic and Republican senators joined together to extend copyright protection for music sound recordings before 1972 as part of the CLASSICS Act, which is backed by the RIAA and Pandora. Artists will be given a way to receive royalties from distribution platform Sound Exchange when their pre-1972 works are played on satellite and digital radio services. These changes were a result of streaming and satellite platforms increasingly relying on ‘50s and ‘60s recordings as part of their channel lineups. The CLASSICS Act achieves to address a long-time goal of artists and labels - establishing a performance right when their works are broadcast over the air. The music industry has clashed with broadcasters in the past, which has made legislation difficult around this issue.

Pandora announced last week that the company is laying off about 5% of its employee base, the second layoff period since last January. In order to save $45 million annually, the music service will use the layoff as an opportunity to automate its advertising and marketing services as well as to invest in more non-music content and drive stronger cost-saving measures. The 5% staff reduction is to be complete by the end of Q1 2018. Pandora CEO Roger Lynch voiced in a press release, “We have an aggressive plan in place that includes strategic investments in our priorities: ad-tech, product, content, partnerships and marketing. I am confident these changes will enable us to drive revenue and listener growth.”

Musician Leroy Mitchell aka Prince Phillip Mitchell is suing Kanye West and Solange Knowles for their songs “Everything I Am” and “F<content"**********k The Industry”, respectively, alleging that both are infringing his 1970 song “If We Can’t Be Lovers” without permission. It was in West’s 2007 album “Graduation” that “Everything I Am” first showed traces of the sample. And in 2008, “F**k The Industry” was leaked online before its 2010 release in Knowles’ album “Sol-Angel and the Hadley Street Dreams”. Mitchell has been listed as a co-writer in BMI’s database for the infringing tracks; although, now, he is pressing charges and seeking damages and injunctions to block radio play and live performances.

The Music Modernization Act (H.R. 4706) is poised to create a lot of opportunities in the music industry this year, specifically in mechanical licensing by way of improving and making updates to the current royalty structure of U.S. Copyright Law. However, the mechanical licensing entity proposed in the bill to collect and distribute funds could potentially be cause for a brutal tug-of-war between songwriters and publishers. The bill includes exclusion clauses, which sources claim will allow only publishers from collecting royalties while certain songwriters will be receiving no such privilege (unless the writer is within a certain status or under a very special writer contract). Songwriters may be able to avoid the exclusion clause if the monies they receive are specifically identified as connections to the writer and subsequently administered by the publisher.

Austrian Music Market Shows 6% Increase in Revenue Thanks to Streaming

According to a new report by IFPI, the Austrian music market saw a 6% increase in revenue in 2017 with an estimated total of 145.4 million euro ($180.2 million) due to a large increase in streaming revenue of around 86% year-over-year growth in Austria to 32.6 million euro ($40.41 million). As with many other music markets right now, streaming plays one of the biggest roles in generating music revenue. In fact, in Austria alone, the main share of the 29.2 million euro for audio streaming was made by subscription services including Spotify, Deezer, Apple Music, and Amazon. An additional million-or-so euro was generated by advertising-based audio streaming, like Spotify's free tier, and another 2.3 million euro ($2.8 million) came from ad-based video streams, mainly via YouTube.

Last year, Wisconsin Representative Jim Sensenbrenner introduced a bill titled the Transparency in Music Licensing and Ownership Act. In a guest post by Chris Castle on Music Technology Policy, the politician has inconspicuously accrued a total of 15 co-sponsors to the bill since then, gaining approval from organizations like the MIC Coalition and the National Association of Broadcasters, which favor the bill’s proposal to impose registration formality on all songwriters. Whether it is to bring on a “register or lose it” attitude when entering song catalogs and metadata into an organized database, the bill was seen as too outdated and irrelevant for the present music industry at the time of its introduction last year and shelved to the side as a result. According to Chris Castle, supporters of the bill believe the provisions inside the Music Modernization Act around building a mechanical licensing collective could effectively support the premise of the Transparency in Music Licensing and Ownership Act, since both bills contain similar intonations on registration requirement.

Potential Tax Benefits from the 2017 Tax Act for Music Publishers

In this guest post this week, the tax changes within the music industry made in 2018 are outlined by Magda Szabo (CPA, JD, LL.M., Tax Partner) and Steven White (CPA, Principal) of Janover, LLC. Music publishers are more advantaged this year as the two focus on two key areas of change in the latest tax reform bill: (1) the passthrough income deduction; and (2) the deduction for outbound (offshore) licensing. Szabo and White suggest that music publishing businesses qualify for the passthrough income deduction if properly structured where taxable income is above the threshold amounts. Depending on circumstances, the reduction of the corporate tax rate to a flat 21% for “C” corporations also allows for the reduction of the effective rate for passthrough businesses at 20% for partnerships, sole proprietorships and “S” corporations. In addition, a new royalty export incentive now exists, which specifies a 37.5% deduction for foreign derived intangible income, namely outbound licenses of any intellectual property including artistic and musical compositions. The two will further discuss the implications of the new tax law at the AIMP-New York Chapter event , “Tax Planning Under The Tax Cuts and Jobs Act,” on Thursday, February 15 at 6pm.

Justin Timberlake’s performance at the Pepsi Super Bowl LII Halftime Show on February 4th at the U.S. Bank Stadium in Minneapolis brought big streaming gains according to Nielsen Music. One day after the game, all collected songs performed by Timberlake at halftime, including Prince’s “I Would Die 4 U”, increased in on-demand audio and video streams in the U.S. by 45% as compared to their total the day before the Super Bowl. The combined halftime tunes generated 7.05 million on-demand streams on February 5th, versus 4.84 million on February 3rd. On-demand video streams in particular reached 1.95 million clicks on February 5th (up 22% stacked next to February 3rd’s haul of 1.6 million).