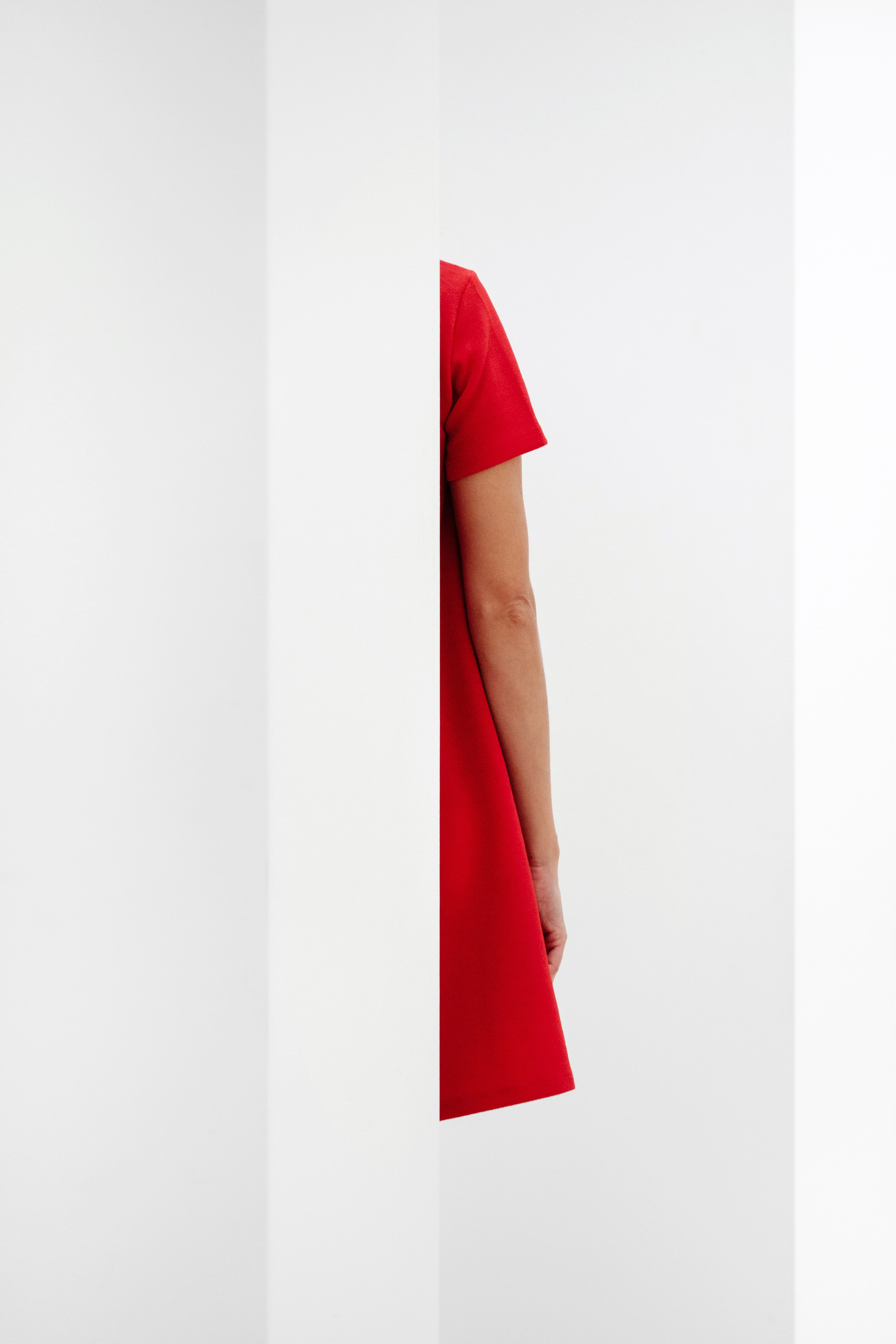 Melina Marchetta, Finnikin of the Rock

We hope that you've felt some form of love this Valentine's Day on behalf of our team at Exploration! Thanks to our subscribers, Exploration can continue to provide you the latest news in music that hopefully will push new ideas forward in data, digital technology, and music rights.

This week's news focuses on the progress of artist representation currently allotted in the Music Modernization Act and the recent CRB decision determining new mechanical rates. Songwriter associations like the NSAI and the NMPA are pushing to add two more songwriter seats to the board of directors for the Music Modernization Act - double the songwriters it currently proposed to have in its bill. This could give more agency to composers and artists when deciding, for example, the terms of a blanket mechanical license. Performance rights organization, SoundExchange, is also expressing disappointment over the CRB's overlooked decision on webcaster rates that have effectively paid artists below market rate. However, it is one thing to notice unfair songwriter compensation and another thing to prove it is so, when other parties that collectively do business with artists are equally wary of receiving their fair share.

The last thing to note, most importantly, is the emergence of voice recognition devices and artificial intelligence that could disrupt and change the way we listen to music, buy concert tickets to our favorite artists, and react to advertisements. I think Deviate Digital CEO Sammy Andrews said it best here, "Having spent ten years looking down at our screens, our heads – much to the delight of chiropractors everywhere – are finally raising back up and we’re using our voices."

Also, we've made progress in learning about how healthcare is being offered and could be offered to those in the music business. This is a long process. A process that takes thinking about what one needs to think about, in order to find the opportunities. Thank you to everyone that has written in to share ideas and pledges to help. We'll continue to give space to this idea and keep you posted.

Songwriters Fight for Board of Director Seats in Music Modernization Act

Negotiations between the Songwriters Guild of America, Nashville Songwriters Association International, and Songwriters of North America and the National Music Publisher's Association have resulted in a powerful proposal that allows songwriters and composers to have four seats on the 14-seat board of directors, instead of the initially planned two seats for songwriters on a smaller 10-seat board. Additional provisions are also being put on the table. The unclaimed royalties oversight committee will now be evenly divided between publishers and songwriters, which has resulted in further clarification to how payouts from unclaimed funds are distributed. Exclusionary causes that often prevent older songwriters from collecting royalties are being included, and the publishing community has "pledged to lend its full support on Capitol Hill to secure quick passage" of the pending Copyright Alternative In Small-Claims Enforcement (CASE) Act of 2017. All of which will be combined as a tremendous effort towards compensating songwriters for their music.

Sammy Andrews, CEO of UK-based creative agency, Deviate Digital, discusses how smart speakers and artificial intelligence can influence the entire music industry, citing a recent survey by Adobe Analytics, which shows that the most popular activity on voice-controlled devices is music playing. With an estimated 39 million smart speakers sold in the US, music listening on streaming service Pandora was up 300% annually according to Pandora CEO Roger Lynch. In addition, the BBC launched its first voice app for voice-controlled smart speakers just last December. Andrews explains how these devices signify changes in the music industry as it pertains to the context of data analytics, subscriptions, consumer experiences, advertising, and its effects in the live industry. Several speakers like Sonos are already integrating Amazon’s Alexa into their product integrations this year, and more and more streaming services are looking at direct in-app voice integration as well. Voice activation and artificial intelligence are progressively growing and becoming smarter, and Andrews suggests, as an industry, “we must get smarter with it.”

SoundExchange expressed resentment over a decision made earlier by the CRB on the royalties paid by webcasters and personalized radio services to artists and labels. The CRB determined new royalty rates on compulsory licenses in the US, covering mechanical rights for webcasting services on the recordings side. SoundExchange believes the rates could have been higher for artists, expressing their dislike over the CRB’s decision to set different rates for free and premium services. According to Law360, SoundExchange’s legal rep Benjamin J Horwich argued that the CRB judges based their rates on what they thought the digital market “should look like” rather than actual market realities. In 2015, licenses with streaming services like Pandora offered them top line rates. These deals were arguably setting rates that were lower than what the record industry expected, and webcasters demanded the CRB to set a lower compulsory license rate as well. When asked about prioritizing the webcaster rates, Horwich responded, “It’s mathematically impossible to steer in favour of everyone. You can’t play everyone’s record above average”.

YouTube CEO Susan Wojcicki announced at the Code Media Conference this past week in California that the service will now roll out its subscription offering YouTube Red to around 100 countries this year after settling multiple music licensing deals. YouTube Red allows users to watch or listen to YouTube content ad-free, offline, and in the background on mobile devices. The company has invested in around 50 original series for Red over the past two years by targeting popular YouTubers. Now, the service will be working more around music, drama, and other show offerings. Referring to YouTube’s educational, music, vlogging, gaming and health and wellness videos, Susan Wojcicki stated at the conference. “Our goal is to be a leading video platform and to have a large, diverse set of content. We feel like there are all these categories that no one else is really providing a solution to and we can be best of breed there”. YouTube Red first launched in the US in late 2015 and the service is currently available in the US, Australia, Mexico, New Zealand and South Korea.

Live Nation and C3 Presents was charged with a copyright infringement lawsuit in California with the plaintiff’s attorney Scott Alan Burroughs alleging that several images of Lollapalooza owned by LA artist Juan Marcos Montes were illegally used beyond the terms of the license for the festival’s events in Chicago and Santiago, Chile. Burroughs also claimed the two companies and firm The Uprising Creative sub-licensed the artwork to third parties without Montes’ permission. Comparisons were visible in several examples of marketing material like hats and slippers sold at Lollapalooza, saying the “elements, composition, colors, arrangement, layout, rendering, and appearance of the artworks at issue [were] identical,” says Burroughs. According to Billboard, Montes is suing on one count of copyright infringement and one count of vicarious and/or contributory copyright infringement, asking a judge to prevent Live Nation from using the copyright images in the future and requiring the company to make a yet-to-be-determined payment to Montes.

Songwriter Hall of Fame to Introduce Inductees in June

The latest inductees into the Songwriters Hall of Fame will be introduced at the 49th New York Annual Induction and Awards Dinner on June 14th this year, including musical titans Bill Anderson, Robert “Kool” Bell, Steve Dorff, Jermaine Dupri, Alan Jackson, John Mellencamp and Allee Willis. These legendary songwriters wrote mega-hits such as, "Mama Sang a Song," “Celebration,” “Through The Years,” “Always Be My Baby,” “Chattahoochee,” “Jack And Diane,” and “I’ll Be There For You.” The Songwriters Hall of Fame (SHOF) was established in 1969, celebrating musical pioneers and welcoming the future of the next generation of the music community’s talented songwriters. Additional special award honorees will be announced at the upcoming dinner.

Facebook is planning to curb fake news on its platform by launching publisher paywalls and a video news section starting March 1 this year, as confirmed by head of news partnerships Campbell Brown and product vice president Adam Mosseri. The paywall tool will enhance the company’s instant articles feature by directing readers to a publisher’s website after they access a limit of five stories. The decision is aimed at curtailing fake news while supporting legitimate pieces and seems to be a response from the company facing past controversy with spreading Russian propaganda during the US Presidential election. In addition, Facebook will be launching a news section within its video tab, Watch, deviating from its original focus on entertainment videos during its first six months of being introduced on the platform.

“Shake It Off” Copyright Lawsuit Thrown Out by Judge

U.S. District Judge Michael Fitzgerald dismissed a case accusing singer Taylor Swift of stealing lyrics for her song “Shake It Off”. The ruling announced the phrases in question were not sufficiently original enough to merit copyright protection. American songwriters, Sean Hall and Nathan Butler, filed the lawsuit in Los Angeles last year, claiming that Swift’s song was based on the phrase “players, they gonna play, and haters, they gonna hate” from the 2001 song “Playas Gon’ Play” by R&B girl group 3LW. According to the judge’s ruling “ the [songwriters] did not allege Swift’s song stole musical elements, and phrases about players and haters existed in pop culture before 2001.” Gerard Fox, the attorney for the two songwriters, will be appealing Fitzgerald’s ruling to the 9th Circuit Court of Appeals.

Mark Mulligan’s blog post describes his ideas around streaming’s future in radio after he attended and spoke at last week’s quarterly research and networking event in London by music data organization, MIDiA. He explains that radio’s audience is getting older, which is a stark contrast from streaming’s younger audience. In addition, there is a 1% quarterly decline in the number of radio listeners, which Mulligan calls a “major decline”. However, streaming is not growing any faster than the rate of radio declining. He continues to say “that radio and streaming audiences are co-existing, with many that have spent a long time doing both eventually shifting all of their listening to streaming. Added to this, older consumers tend to embrace change more slowly than younger audiences. So, radio’s older listener base effectively acts as a disruption buffer.” Despite the shrinking radio audience, there are still many benefits to radio that streaming doesn’t have (local news, talk, sports, weather, etc.). Streaming services are focusing on tapping into radio, as shown recently by Spotify’s latest Pandora-like launch on its platform.

Facebook is expanding its services to now offer a Rights Manager tool on photo-sharing app Instagram to help users monitor their video and audio posts through the uploading of reference files. Facebook launched the tool on their platform back in 2016, which enabled video owners to “Block”, “Monitor”, or “Manually Review” any clips that commit copyright infringement. “While we’ve always provided tools for rights owners to report potential IP violations on Instagram,” writes Facebook’s head of rights and music, Fred Beteille, “now Rights Manager offers another way to help protect your videos.”

Spotify is attempting to gain more subscribers in the US by offering new users free Premium subscriptions for 6 months as part of its Valentine’s Day promotional. The move comes at an interesting time when the service is expected to file for a direct listing next month. Writer Nathan Jolly dubbed it a “panic move” to curb Apple Music’s explosive growth. Apple Music has reached over 36 million paid subscribers in less than three years. Companies like Airbnb, Lyft, and Uber are reportedly keeping a close eye on Spotify to see how it performs on Wall Street. If successful, they may launch their own direct listings this year.