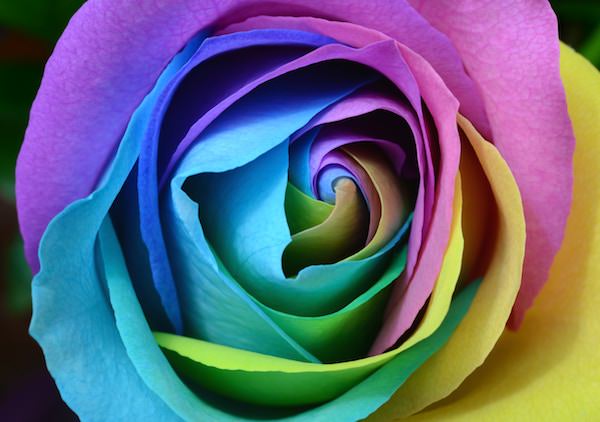 Magic exists. Who can doubt it, when there are rainbows and wildflowers, the music of the wind and the silence of the stars? Anyone who has loved has been touched by magic. It is such a simple and such an extraordinary part of the lives we live.

Many a water cooler discussion took place this week as David Israelite and the NMPA unveiled big plans for centralizing music publishing metadata. His talk at the AIMP this week did not disappoint. Also, music streaming and its impact on the industry continue to have influence in new ways. On deck is how those many streams will be factored into awards. Bonus - Spotify thinks it can help surface unique talent and Jason Baptiste (cool cat, btw) is bringing entertainment to fitness.

NMPA President and CEO David Israelite is negotiating legislation with Congress over a new entity (potentially called SongExchange) that will issue and oversee a blanket mechanical license for digital music services and record labels. This will hopefully achieve higher rates for publishers and songwriters as well as allow digital services like Spotify and Apple Music to eliminate the overwhelming work of matching songwriters and publishers with recordings. Israelite has toured around major cities like Nashville, Los Angeles, and New York at the monthly meetings hosted by the Association of Independent Music Publishers (AIMP) to speak about the pitfalls of the current music licensing system. His proposal comes at a time when streaming consumption is driving major income for the music industry.

A recent study by the Worldwide Independent Network (WIN) revealed a 6.9% increase in independent labels’ global music sales (rising to $6 billion) in 2016. As a result, the independent market share rose 0.9%, making up a total of 38.4% of the global recorded music market. Streaming companies may find it interesting that about $2.1 billion of independents’ revenue came from streaming, a significant jump of 80.4% compared to 2015, and that $1.2B were handed to indie labels and artists from major labels and major-owned distributors. The study, which was performed by Mark Mulligan of MIDiA Research, proves a strong year for independent labels. WIN Vice President and CEO of indie organization A2IM spoke out that while "It is truly gratifying to see both U.S. and global independent market share increase again, we must continue to strive for a level playing field where the best releases rise to the top and where the digital services that respect copyright do not suffer unfair competition from those that co-opt our rights.”

Spotify announced this week that they will now be launching a new program called RISE to “identify and break the next wave of music superstars.” This will include promoting artists on Spotify’s editorially-programmed playlists as well as through out-of-home advertising, TV ads, and digital and social promotions. The digital music service will also host live events for each RISE artist and have audio and video content available for consumers to see the artists’ backstories. In order to leverage Spotify’s platform of 140 million listeners, RISE will showcase four artists from four different genres in the US, Canada, and UK every few months, with a total of 16 new artists per year. The first four artists released are pop artist Kim Petras, pop/rock artist Lauv, country singer Russell Dickerson, and hip hop artist Trippie Redd.

Consumers are shifting from a pure on-demand experience to more diverse listening preferences like radio and playlists, based on their subscription commitment. Billboard plans to adapt to this changing landscape by placing higher emphasis on plays from paid subscription-based services (Amazon Music, Apple Music) or paid subscription tiers of hybrid paid/ad-supported platforms (SoundCloud and Spotify). Those with less emphasis on chart calculations like ad-supported streams from YouTube or free streams from hybrid paid/ad-supported services will be incorporated into Billboard’s Hot 100 but entirely cut from the Billboard 200 charts.

After selling his former mobile publishing company, Onswipe, Jason Baptiste felt inspired to build a fitness app called Studio that encourages you to have fun by combining coaching and music while running. The app creates a consumer experience similar to a spinning class at Peloton by offering a variety of running classes, inspirational coaching, and fun, upbeat music. Baptiste wants to target new treadmill runners with a fun approach to fitness while also providing treadmill-specific instructions on how to get a good workout.

Frank Ocean writes about his thirties, the power of saying ‘Yes’, and Szechuan sauce in his newly released personal essay, “i-D”. He also features a 32-page visual document of his summer playing festivals in North America and Europe with collaborators, Vegyn and Buddy Ross.

When Congress adopted the Copyright Remedy Clarification Act (CRCA) in 1990, individuals were removed from sovereign immunity and able to sue the state for copyright infringement of their work. But when photographer Frederick Allen discovered the state was continuously using his photos of the shipwreck “Queen Anne’s Revenge” without his permission, both parties entered a settlement agreement that later resulted in a pattern of unjust compensation to the artist. The Copyright Alliance filed an amicus brief asking the United States Court of Appeals to affirm the CRCA and make sure that individual creators get fairly compensated for their hard work, no matter the identity of the infringer.

Exploration is proud to be the company of choice to administer much of the world’s most important media. Utilizing competent staff and advanced technology, our clients are able to better control their data and collect their money.

We’re writing a free book on how the music business works. Learn more.

Please feel free to reach out anytime if you have any questions or ideas!

Hope you have a great weekend!