According to reports, the NMPA is seeking a 32.4% increase in the CRB headline rate to 20% of a digital service’s revenue for the Phonorecords IV (2023-2027). For comparison, Phonorecords III (2018-2022), was set at 15.1% of a service’s revenue in the final year. The CRB is yet to make a final decision on the rate for the next term as they will weigh the NMPA ask against what the digital services individually propose.

Latin US recorded music revenues grew by 37% to $407 million for the first six months of 2021, according to the RIAA's 2021 mid-year Latin revenue report. The genre now represents a 5.8% share of the overall U.S. market, which grew by 27% in the first half of 2021 compared to the same period last year.

The SEC recently green-lit the sale of shares in a song for the first time, reported by fan investment platform and royalties marketplace SongVest. In a move to allow fans to invest in a secure online marketplace, SongVest says the song “Hit the Quan” by ILOVEMEMPHIS has received an SEC qualification to publicly sell Buck Nasty’s share of producer royalties from the song via its platform. 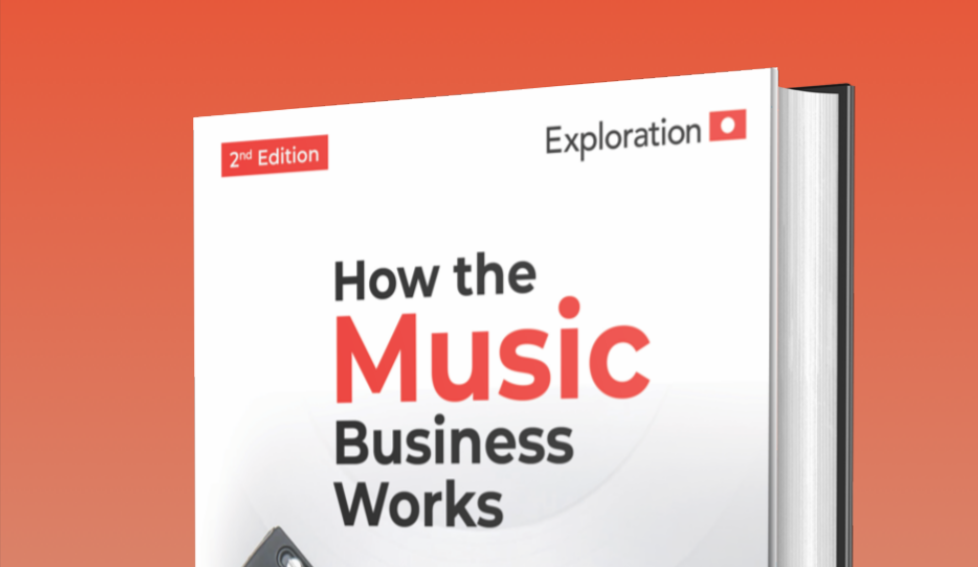 Our newly released second edition of “How The Music Business Works” is now available for download at no extra cost!

We wrote the first edition back in 2018 as a free digital ebook, which later garnered more than 15,000 reads worldwide. Due to the changing nature of the music world and how it operates over the past few years, the second edition accommodates for these shifts and changes to be the most current and comprehensive music industry resource to date.

Publishers Ask Royalty Board for 32% Rate Increase from Streaming Services

The National Music Publishers’ Association (NMPA) are reportedly seeking a 32.4% increase in the headline rate to 20% of a digital service’s revenue for the full five-year term for Phonorecords IV, covering 2023 through 2027. October 13 marked the deadline to file proposed rates for on-demand audio streams to the Copyright Royalty Board (CRB). Phonorecords III, which covered the term of 2018-2022, culminated in 15.1% of a service’s revenue in the final year. This rate, however, is not finalized due to an appeals court remanding it back to the CRB judges, who have yet to issue a response. Consequently, since the rate is still up in the air, some services like Spotify have been using the last year of the lower 2014-2018 rates in paying music publishers and songwriters since the remand. For the 2023-2027 terms, the CRB will weigh the NMPA ask against what the digital services individually propose and then will set the rate accordingly. However, when the remand occurs, it could mean either additional payments to publishers and songwriters; or the possible clawing back of payments from publishers and songwriters, depending on what formula from which year each service was applying to payments since the remand.

Latin music continues its winning streak with U.S. recorded music revenues growing 37% to $407 million for the first six months of 2021, according to the RIAA's 2021 mid-year Latin revenue report. The growth of Latin music revenues (with “Latin” understood as music that’s performed primarily in Spanish) outpaced that of the overall U.S. music market, which grew by 27% in the first half of 2021 compared to the same period the year prior. Latin music now represents a 5.8% share of the overall U.S. market. The genre's growth has been rapid over the past few years. Paid streaming subscriptions grew 41% to $279 million, while ad-supported on-demand streaming revenue increased 30% to $77 million.

Fan investment platform and royalties marketplace SongVest has received what it says is the first SEC qualification of music royalties, utilizing Regulation A+ of the US Securities Act in order to sell music royalties. The song that received that SEC qualification is “Hit the Quan” recorded by ILOVEMEMPHIS and on Friday (October 8), the public sale of songwriter Buck Nasty’s share of producer royalties from the song started via SongVest’s platform - with 1,950 SongShares on offer at $16 per royalty share unit. “SongShares” are royalty share units, which the firm describes as “the first-ever fractional shares of music royalties” from hit songs by major recording artists. SongVest says its aim is to bring fans into the equation via a secure online marketplace. In addition to already being able to buy fractional shares in the Buck Nasty royalties, investors can use SongVest’s marketplace to bid in non-binding SongShares VIP Auctions for other songs. Registered users can start bidding in these live VIP Auctions without any commitment to purchase, at a minimum price of $20, and make non-binding reservations to hold their SongShares.

Research firm eMarketer published its latest estimates for the US digital audio market, as well as predictions for the next four years of growth. For US listeners, eMarketer expects Spotify to grow from 83.1 million this year to 100.6 million by 2025. In that time, it forecasts that Amazon Music will grow from 49.8 million to 56.9 million; that Apple Music will grow from 36.9 million to 40.6 million; and that Pandora will fall from 54.2 million to 46.1 million – overtaken by Amazon Music sometime in 2022. As for paying subscribers, eMarketer predicts that Spotify will be the leader here too, growing from 44.7 million this year to 52.2 million in 2025. However, it sees YouTube Premium (including YouTube Music) coming up fast, growing from 29.5 million US subscribers in 2021 to 46.6 million by 2025, overtaking Apple Music (which it sees growing from 36.9 million to 40.6 million in that time) in 2023.